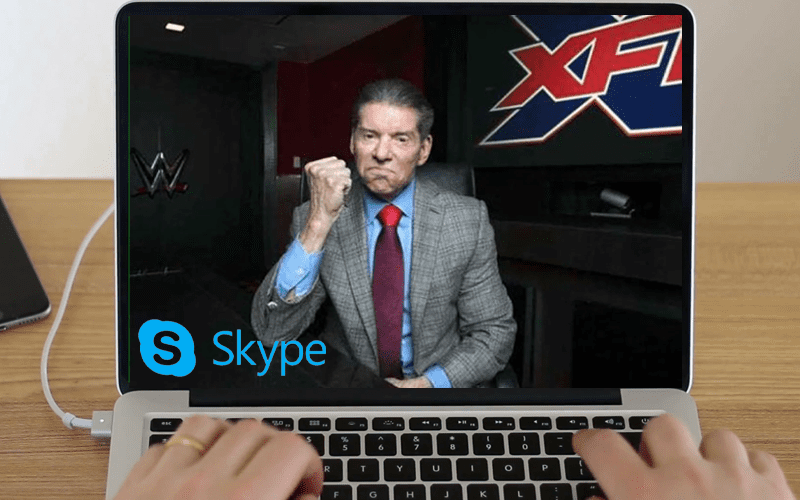 Vince McMahon is a very busy man and that meant that he needed to miss last night’s SmackDown Live. His absence did not stop him from tearing up the script for the show.

Brad Shepard reported on Oh, You Didn’t Know that Vince McMahon wasn’t at SmackDown Live due to XFL commitments. This is the reason why he had to dictate all of the changes he wanted via Skype.

“Vince McMahon wasn’t at SmackDown Live as Dave Meltzer had reported. The reason he wasn’t there was because he was attending meetings with a few of the people in charge of specific XFL teams.”

“So he actually re-wrote SmackDown via Skype.”

Vince McMahon has people in place so he doesn’t have to worry about micromanaging. This extra help did not stop him from feeling the need to change a lot of things about Tuesday night’s episode.

We’ll have to see whether Vince McMahon will start making a habit of missing SmackDown Live, but it definitely won’t keep him from putting in his two cents regarding creative direction.