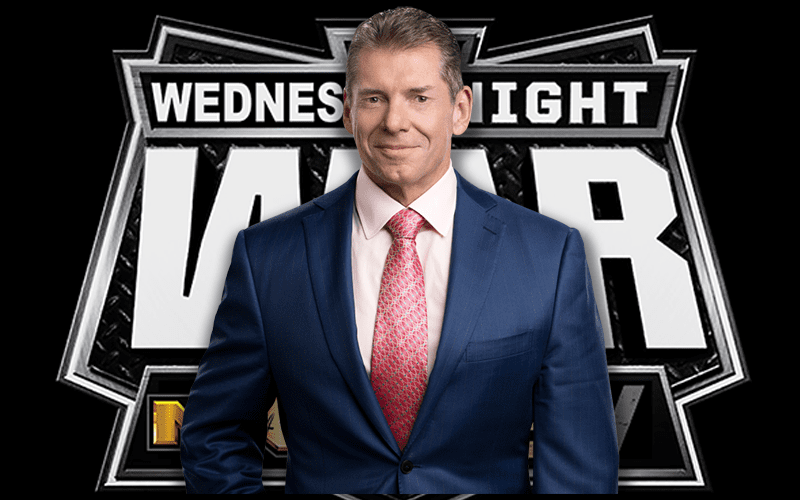 Vince McMahon is waging war on AEW nearly twenty years after he put WCW to rest. Now we are at the cusp of a Wednesday Night War and McMahon is apparently loving it.

While speaking about the changing pro wrestling climate on Busted Open Radio, Mark Henry went into detail about what kind of man Vince McMahon is. He sees wrestling as his own property and doesn’t appreciate anyone stepping foot on his territory.

“Without a shadow of a doubt [this war was inevitable] because Vince looks at wrestling as being his and if you try to take something that belongs to him, he’s going to cut your hand off.”

“Reach in my plate while I’m eating and see what happens to your hand. I’m gonna stab you in the top of your hand with a fork — that’s Vince. Wrestling is his plate, and you are reaching into his plate.”

“I know that he does [love the new Wednesday Night War], I don’t know nobody that likes to fight and be a tough guy more than him. Sometimes you can do it with your fists or you could do it with a pencil, and Vince can do it with both.”

Mark Henry also explained why Chris Jericho is reminding people that he needs a “thank you.” He told AEW that this was going to be a war and now they are exactly in the spot Y2J predicted.

Things could get very interesting as a pro wrestling war continues in 2019. The modern day luxuries of DVR and the WWE Network could always come into play as well. Keep checking back with Ringside News and we will continue to bring you all of the updates you need to know as things continue heating up.