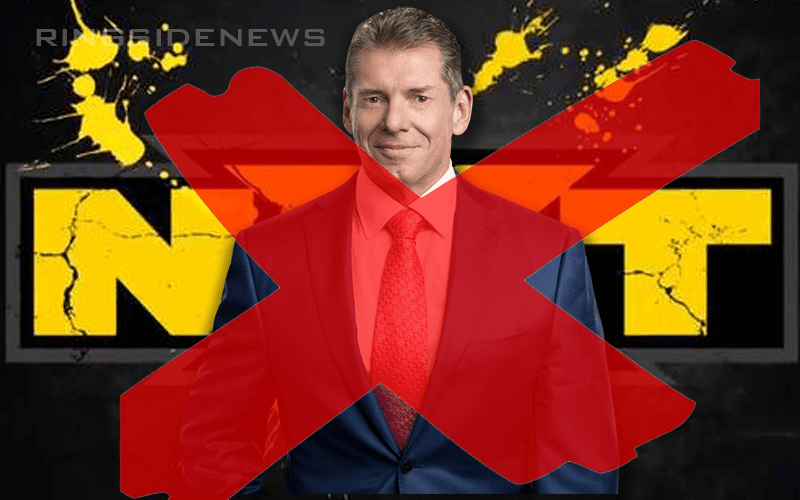 NXT is moving to the USA Network. WWE didn’t make a big announcement last night, but they had their reasons. It is still reportedly a done deal as the company prepares for a Wednesday Night War.

Dave Meltzer commented on Vince McMahon’s schedule during Wrestling Observer Radio. With so many commitments on his plate, it’s unlikely that The Chairman will be able to be present at every television taping.

He might not be physically there for NXT. Of course, that doesn’t mean he can’t run the show via the telephone.

It was noted that to make RAW on Monday night it makes no sense to fly home on a Tuesday if McMahon is going to need to be in Full Sail for an NXT live taping on Wednesday.

WWE’s new schedule with live shows on Monday, Wednesday, and Friday means “there’s no way Vince can make all three shows,” and it’s doubtful that Triple H would be able to make them either.

If anything, they won’t get much time to do anything but travel with WWE’s new schedule. When the XFL stars in 2020, Vince McMahon will have even more to deal with which is the reason he’s missing television tapings this week.