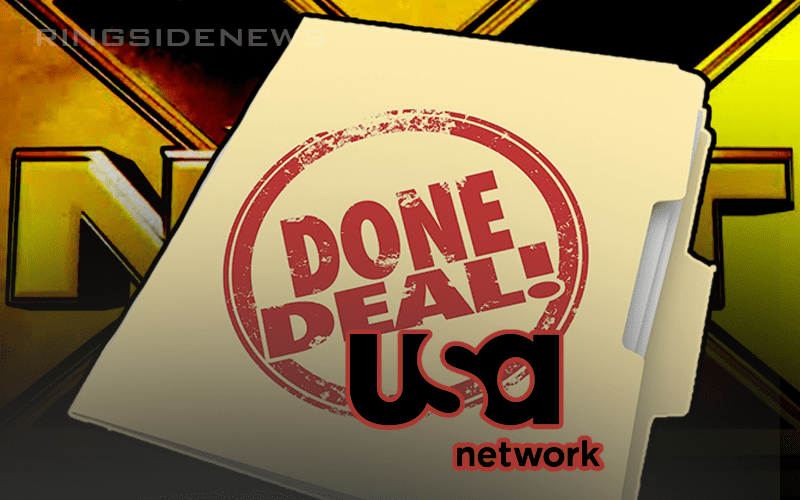 If you’re a fan of WWE’s NXT brand then things could definitely be changing very soon. Because where you would normally tune in to the WWE Network to see your favorite NXT Superstars, USA Network could soon be your new destination soon enough.

We previously reported that WWE is considering jumping the gun on AEW’s October 2nd debut on TNT by premiering NXT on the USA Network even sooner. This could be a big shot in the Wednesday Night Wars.

PW Insider reports that some people within the company are already considering NXT’s move to USA Network “a done deal.” However, others are denying the report for obvious reasons. After all, WWE generally likes to reveal those kind of announcements on their own time.

We’ll have to see what happens next, but it should also be noted that NXT Superstars were already told that they were moving to the USA Network. This could also be a big reason why someone like Johnny Gargano said during the last television tapings that he’s staying in NXT.

You can check out the complete spoilers from NXT’s last set of bulk television tapings here. It could be a historic read as well because it might be NXT’s last occasion of filming so many weeks in one night.