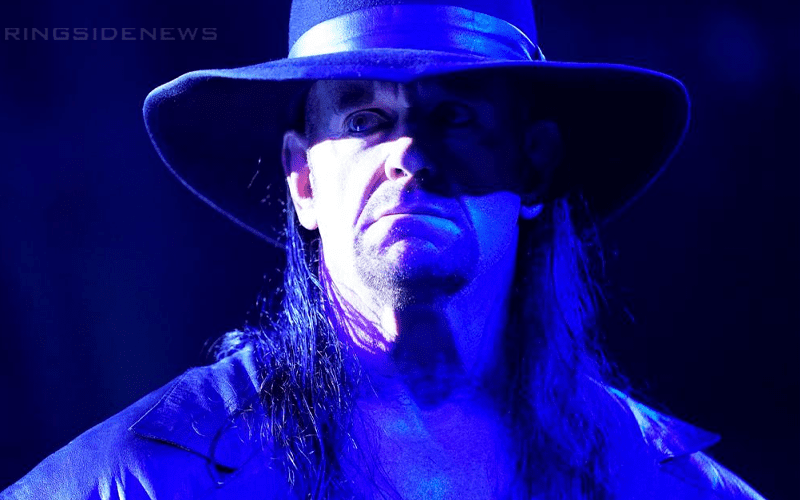 The Undertaker is making a return to SmackDown Live on September 10th during the go-home show before Clash Of Champions. However, the reason for this appearance is a pretty big mystery at this point.

Dave Meltzer commented on The Undertaker’s current status during Wrestling Observer Radio. After all, Taker is also slated to be on SmackDown’s October 4th debut on Fox.

It was said that WWE booking Taker so close together is a very interesting decision, but he’s not currently scheduled to work the Clash Of Champions pay-per-view.

Of course, anything can change at a moment’s notice in WWE, but apparently, The Dead Man isn’t booked for the Madison Square Garden as a Hail Mary for ticket sales either.

“He’s not on the September 15th pay-per-view [Clash Of Champions] card from what I’m told. I mean, obviously with the way WWE goes that could change tomorrow, but he’s not, but he’s booked on both of those [SmackDown] shows. SmackDown tickets aren’t doing well at MSG, but that’s not the reason he’s booked. So, whatever.”

We’ll have to wait and see what happens next for The Undertaker in WWE. He certainly has more matches left in him, but he’s apparently not mixing it up at Clash Of Champions. This is yet another peculiar booking decision in WWE, but we should be used to those at this point.