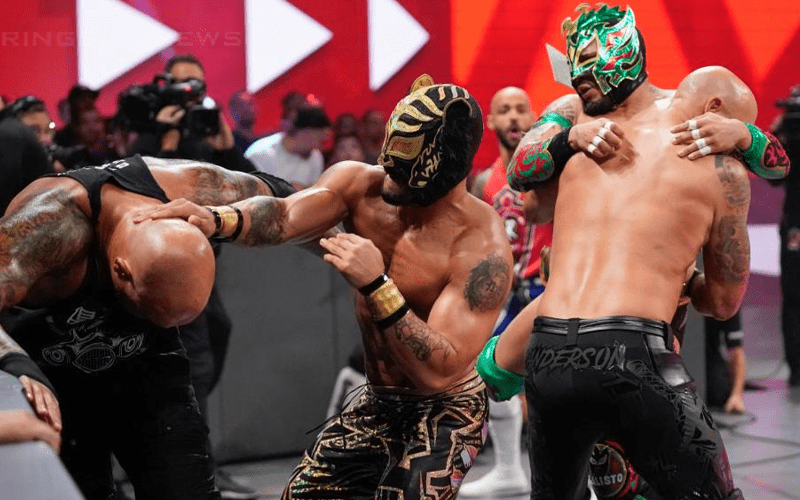 WWE likes to have things done a certain way and it needs to be to Vince McMahon’s liking. That includes how matches operate within the stories and overall presentation.

A point was brought up during Wrestling Observer Radio about WWE’s policy regarding Superstar entrances. They aren’t allowed to sell which sometimes hampers matches.

It’s not just their entrances either because when the bell rings, there’s apparently only one way to operate inside one of Vince McMahon’s matches.

“There’s only one way. This is our style, it’s our playbook. We’ve gotta teach the Mexicans to work this style you can’t go out there and do your style and everything like that. I mean, that’s the mentality in WWE for better or worse. So the question is like ‘can they re-educate them?’ They’re trying like hell — it’s not working, but they’re trying and that’s what’s left the door open for the competition is the fact that they’re not giving the people the style they want.”

It was noted that WWE has coaches like Norman Smiley and Robbie Brookside who were famous for working a style unlike WWE’s. Meltzer explained they are there to teach Superstars elements of other styles, but the whole mat structure needs to still be WWE’s format.

WWE might like sticking to their guns, let’s just see if it ends up paying off. They are definitely not slowing down while continuing their quest for global dominance. Because soon there will be seven hours of WWE television on basic cable.