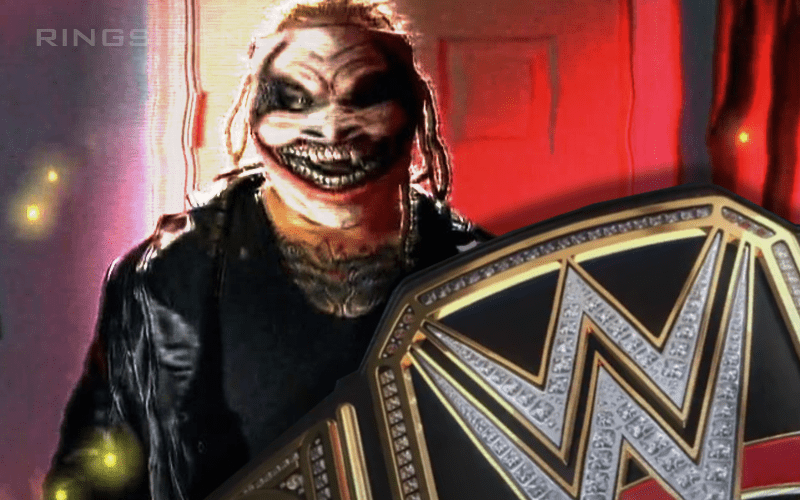 Bray Wyatt’s Fiend character just debuted at Summerslam and has only flattened Finn Balor in an official match so far, but the wheels might already be in motion for a title run.

The Fiend is selling merchandise like hotcakes and at this point his popularity is impossible to deny. Therefore, a title run could be in his future even if it takes some time getting him there.

WWE obviously knows that they have something special with Bray Wyatt as well. They aren’t going to mess with his Fiend character at this point (especially his lantern) and are only making more money off the royalties from his epic entrance music.

Brad Shepard reports that a source in WWE has told him that the idea is being kicked around that if/when Bray Wyatt wins a title that WWE will make up a special design for The Fiend.

According to a source in #WWE, the idea discussed recently was to give the Fiend (Bray Wyatt) a custom made championship belt if/when he wins a title.

Things might become clearer soon enough because Wyatt is scheduled to be at the next two episodes of RAW. So hopefully, we’ll get a better idea about WWE’s direction for him.

You never know how WWE might book Bray Wyatt’s return to the WWE fold. So far he hasn’t picked an new opponent so he could have something big in line for him soon enough. At this point, we’re just entertained by whatever Bray Wyatt is doing so we hope they keep up the good work.