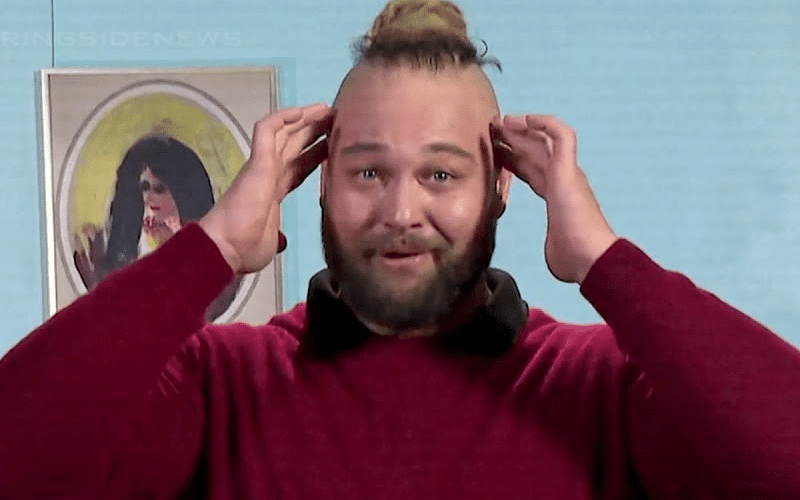 Bray Wyatt’s new Fiend persona is generating a lot of interest and with his addition to WWE 2K20 it will probably sell a lot of downloads as well. This will only fall in line with the amount of downloads he already has for his epic new entrance music by Code Orange.

We previously reported that Bray Wyatt’s entrance video was pulled off of YouTube and replaced by a shorter edited one. A video of his Titantron was also pulled entirely.

At this point, the “Let Me In” song has sold a ton of copies. It has floated in the mid-20’s on iTune’s Top 200 Songs chart, but it also claimed the #2 entry on the Soundtracks list. That is great news for Code Orange, the performers for the new entrance music.

The song is also doing incredibly well on Amazon as it has been ranked in the #29th spot on Amazon’s best sellers in the album charts. It also ranked in at #48 in the best selling songs.

The YouTube video from WWE Music has over 500,000 views as of this writing as well. You can check out the video below to hear the entire song in case you didn’t get a chance to take it all in during Summerslam.