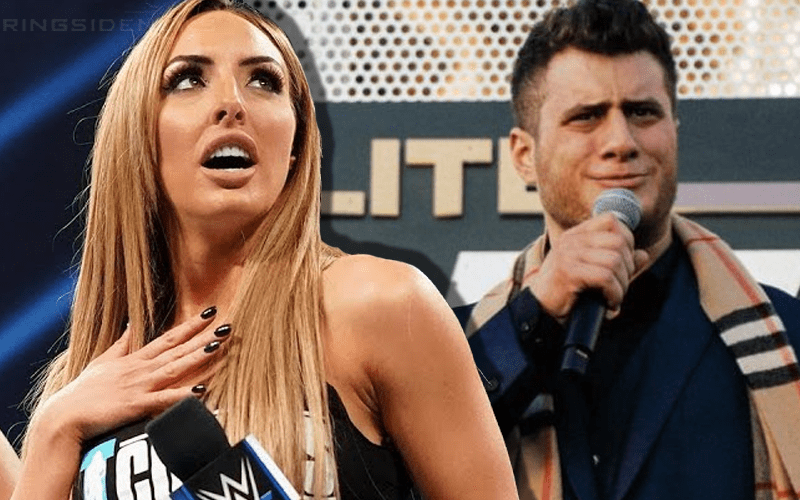 Update: MJF has since cleared the air about this comment.

MJF is not a big fan of Shawn Spears, especially after the former Tye Dillinger whacked Cody Rhodes over the head with a steel chair. Now he’s getting even in a big way.

Maxwell Jacob Friedman sent out a Facebook message to Spears letting him know that he just woke up next to a “perfect 10, more of a 2-3 without her makeup on.” Yes, he’s talking about Peyton Royce and while this might be kayfabe, his comments still hit below the belt in a big way.

Hey Shawn Spears you piece of sh*t!
Just waking up after the night before with this perfect 10, more of a 2-3 without her make up on, you might know her, names Cassie or Peyton or whatever, you know your wife or soon to be wife , the only one who’s ever held a championship in your household.
Took her on the MAX-imum ride!
Wow those Australian Sheila’s are something else, keep getting a fish like taste, must of been from last night’s main course

Shawn Spears is engaged to be married to Peyton Royce, but MJF might be using this to just infuriate Spears even more. We’ll just have to wait and see how long it will take before Spears and MJF get to actually tangle in the ring, but there will be plenty of bad blood when it finally happens.