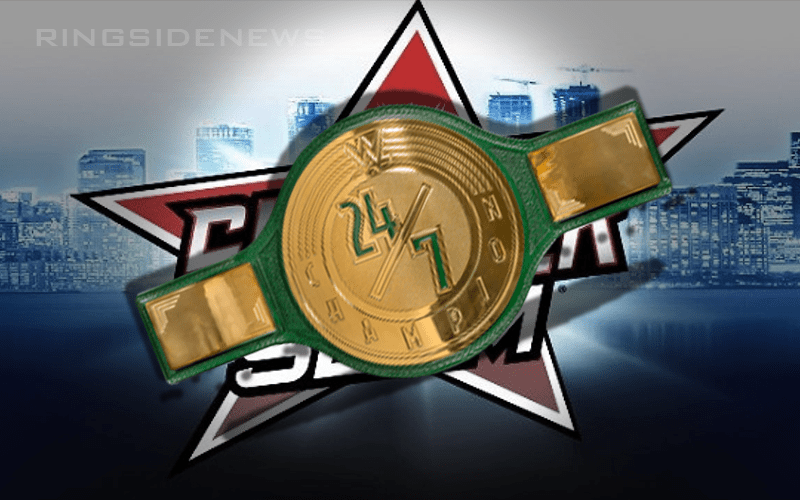 WWE’s 24/7 Title started out as something that pro wrestling fans freely mocked, mostly because of the title’s appearance. Then that title became one of the focal points of WWE programming as R-Truth and Drake Maverick made the title’s activities viral sensations.

Summerslam is going to be a very long event and the Wrestling Observer Newsletter reports that WWE is planning to feature their 24/7 Title on the show. It’s not clear exactly what they will be doing, but the internal list indicated that: “24/7 title activities [are] on the show in some form.”

With Maria Kanellis walking around as the first-ever pregnant champion in WWE, that seems to be an interesting twist in the storyline. However, we previously reported that Drake Maverick is 100% willing to pin a pregnant woman to get his baby (the WWE 24/7 Title) back.