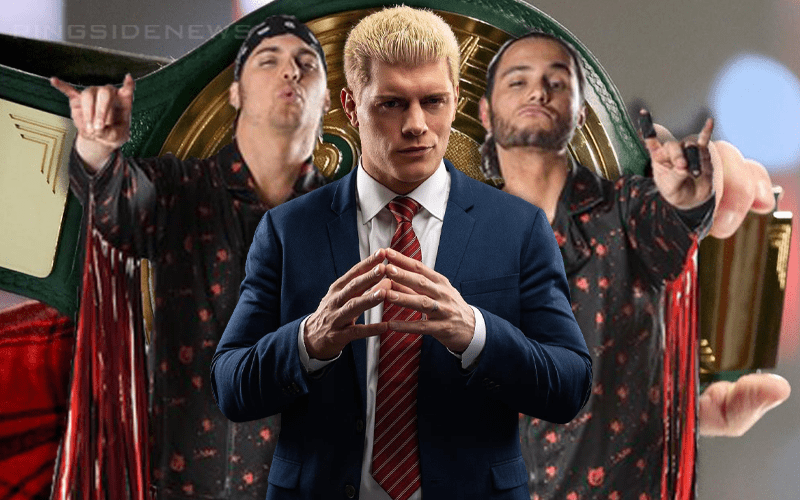 The WWE 24/7 Title is now a thing and it’s not the same as the Hardcore Title at all for a lot of fans. The rules might be somewhat similar, but the look is not the same.

Some fans consider the WWE 24/7 Title design ugly and The Elite have to agree with that assessment. The appearance of the new title drew such a terrible reaction that Mick Foley blamed himself for the poor reception.

While doing a Starrcast Q&A, the American Nightmare discussed the new WWE 24/7 Title where he buried the title’s design. He also expressed a lot of regret for Mick Foley that he was in that situation in the first place.

Nick Jackson had to add his two cents as well where he turned things back toward AEW’s direction.

“Here’s another thing our titles are gonna look good. Good lord. I saw a graphic of that new title and I almost threw up.”

Matt Jackson chimed in saying: “I’m gonna get so much heat and I haven’t said a word.”

Nick Jackson then replied to his brother saying: “Who cares, we don’t work for them we can say whatever we want.”

The Young Bucks and Cody Rhodes don’t work for WWE, but they had to turn down some serious money in order to even start AEW. To them, it is looking more like they made the right decision each day.

In the meantime, WWE will keep things up with the 24/7 Title and hopefully, it produces entertaining television. That doesn’t change the fact that the title looks the way it does.