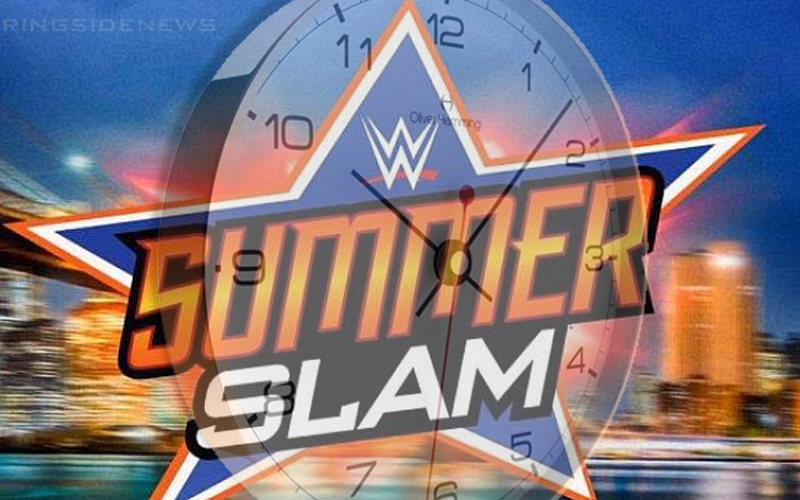 Summerslam is going down on August 11th and Toronto is sure to turn out to be a great choice for the big event. Canadian fans love pro wrestling and they have plenty of reasons to be extremely excited about the show.

Dave Meltzer discussed WWE’s plans for Summerslam during Wrestling Observer Radio. They are still stacking the show and are likely to add even more title matches. This makes total sense because the event could be pushing six hours in total.

“Summerslam is probably going to be a really long show so I’m gonna guess they’re gonna have a lot of matches on it […] 6 probably probably 2 hour pregame. The first match will probably go on at 5:30 eastern time and yeah, midnight. So that’s five and a half right there. Maybe 6. The big ones they’re gonna want to be long shows.”

Summerslam is one of WWE’s Big 4 events along with WrestleMania, Royal Rumble, and Survivor Series. Therefore, the company is going to really push the length of this event as much as possible. Fans might be exhausted when it’s all said and done, but WWE obviously wants to make a good impression and present the best show possible as they approach new television deals in October.