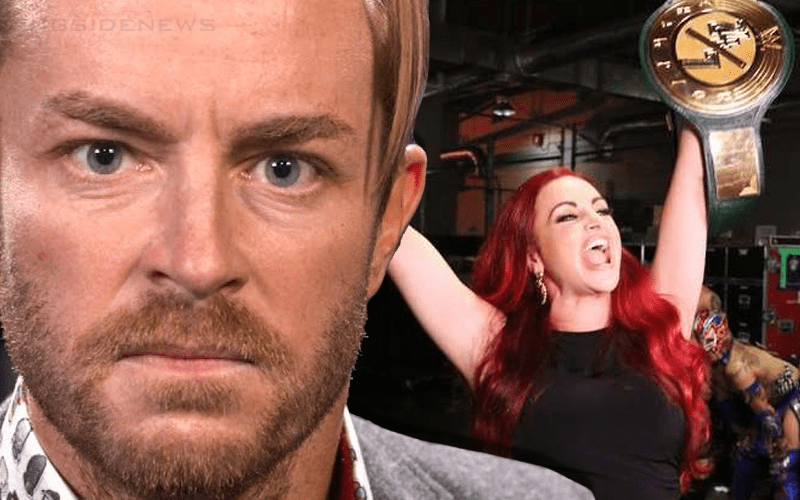 Maria Kanellis walked away with the WWE 24/7 Title this week on RAW. This was a very surprising move which made her the first-ever pregnant champion in WWE. Drake Maverick doesn’t seem to care.

Maverick is still frustrated in many ways. Not only is he not the WWE 24/7 Champion, but he also hasn’t been able to consummate his marriage with Renee Michelle either. He has made up a new wanted poster featuring a pregnant Maria Kanellis and now he’s on the hunt without any shame.

I have no shame…No remorse…
No fear…

I WILL PIN A PREGNANT WOMAN TO BECOME 24/7 CHAMPION AGAIN.

YES – I HAVE TWEETED THAT

We’ll have to wait and see what WWE’s plan is for the 24/7 Title now. Because Maria Kanellis could pose an interesting threat for challengers. Drake Maverick seems to be fearless and quite frankly, desperate enough. So, she might have something to worry about the next time she’s in Drake Maverick’s general vicinity.