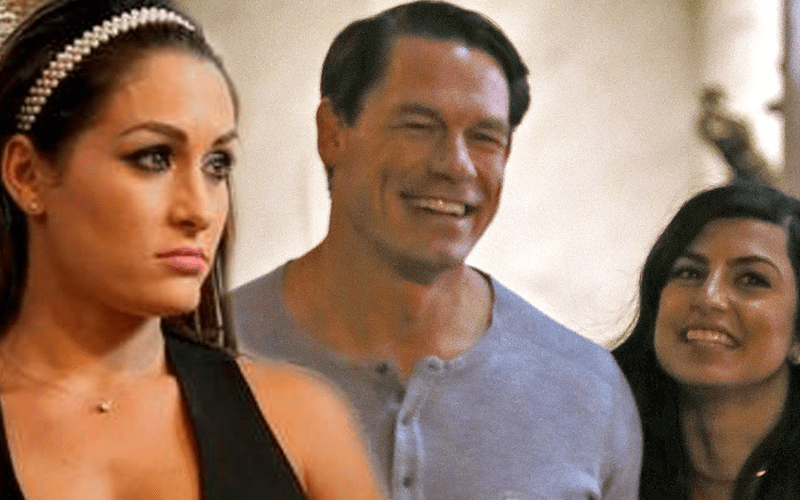 John Cena just started dating his girlfriend Shay Shariatzadeh in March, at least that is the first time they were spotted together. Now it seems like they are seen together way more often. She is from Canada, but her boyfriend is obviously take care of getting her a lot of miles in the air.

Cena and Shay were spotted making out in a restaurant recently which isn’t anything we ever really saw with him and Nikki Bella. There might be a very good reason for this because according to Brad Shepard, Cena is “way more” into Shay than he ever was Nikki.

Although sources close to John Cena are publicly relaying that the relationship between Cena and girlfriend Shay Shariatzadeh is nothing serious yet, a source in #WWE tells me John is into Shay “way more than he ever was into Nikki (Bella).“

John Cena even brought Shay backstage with him to the Raw Reunion which usually isn’t something you do with just a fling. The real question is how fast Cena and Shay are going to move with their relationship because John seemed to resist a lot of commitment when it came to his relationship with Nikki Bella.