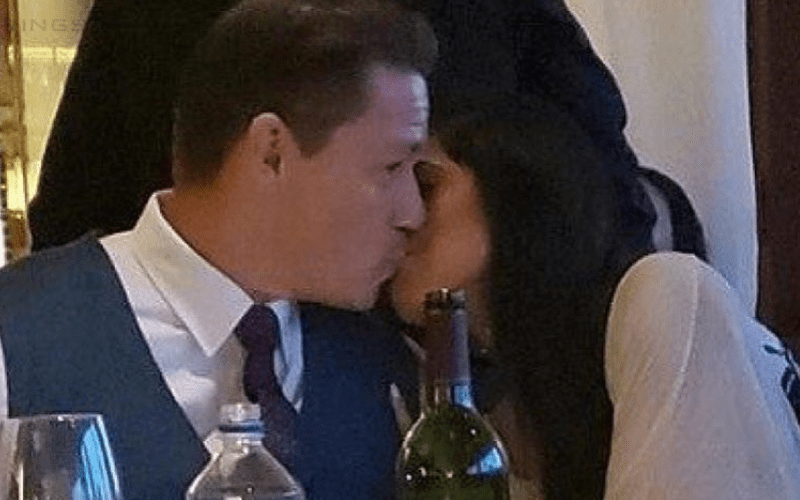 John Cena and Nikki Bella are no more, but she’s not the only one who can take part in public displays of affection. Because Cena can play that game too.

The 16x WWE Champion was seen with his girlfriend Shay Shariatzadeh in Tampa at the Ocean Prime restaurant. They were obviously not keeping their affection a secret at all.

At this point, we should probably get used to seeing Cena with Shay since they’ve been dating since March. He even invited her backstage at the Raw Reunion so she could meet his WWE family. Still, some fans will always say she looks way too much like Nikki Bella. Maybe that’s why he’s keeping his eyes open in this photo.

Maybe John Cena just has “a type” that both Shay and Nikki fits into. Either way, they make a good couple and were obviously spending as much quality time with each other as possible before Cena had to fly off to London for some more film work.