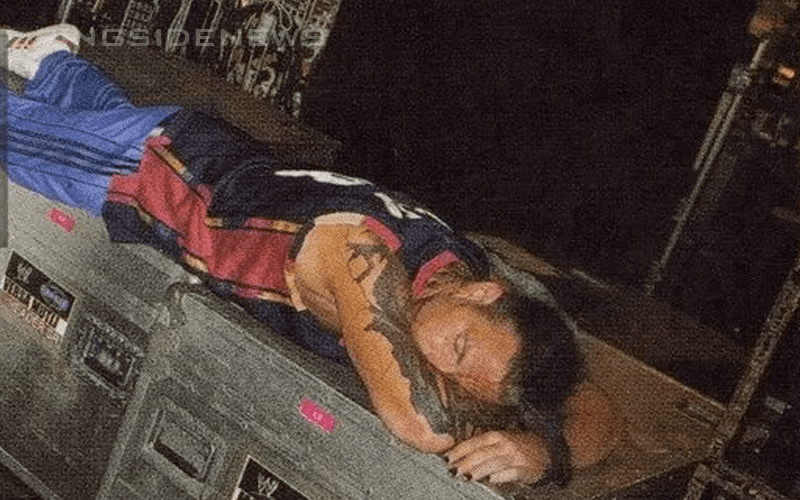 Jeff Hardy is currently out of action with an injured knee. It seems like alcohol was part of his healing process. Because the former WWE Champion was arrested on Saturday for being drunk in public at Myrtle Beach.

The Charismatic Enigma actually sent out a thanks to Myrtle Beach after he was sprung from the slammer on a bond that was less than $200, but now we have new details surrounding his arrest.

TMZ reports that Jeff Hardy was found “passed out in a public stairwell and reeked of booze” before police arrived to pick him up on the public intoxication charge. Police docs say that Hardy admitted to having some vodka before the incident. Apparently, it was a little bit too much.

This entire situation is now past Hardy because since he paid the $153 ticket for being drunk in public, this matter is now closed. It’s good that Myrtle Beach has this system in place because if they didn’t then their court system would probably be flooded with public intoxication cases.

It is reportedly unlikely that Jeff Hardy will try to fight this ticket in court because the matter is now officially closed. WWE reacted to this situation by saying Jeff is able to handle the consequences of his own actions.