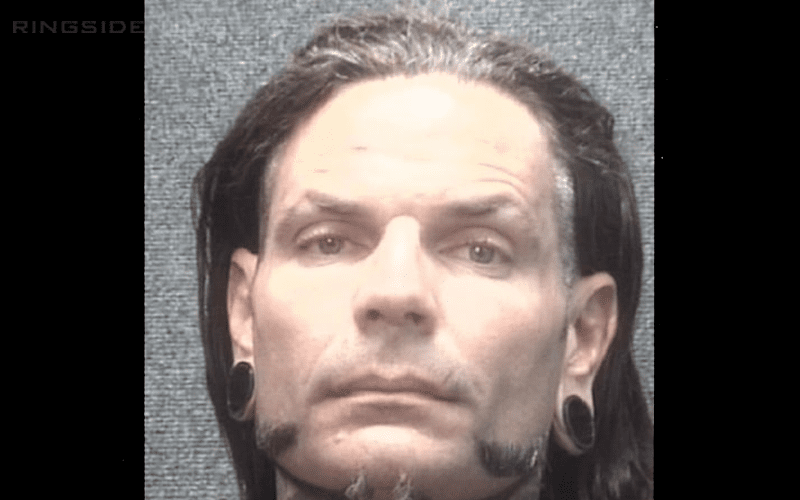 Jeff Hardy was arrested yesterday and charged with public intoxication. He was quickly released from jail, but not before a mugshot could be taken.

All of this happened at Myrtle Beach, South Carolina. Hardy is currently out of action rehabbing a busted knee, but he obviously wanted to unwind a little bit. A big reason why this is especially concerning is due to his history with alcohol and drugs.

Hardy was released from jail on a bond that was reportedly under $200, but now WWE is weighing in on things. They issued their own response on the matter which is typical of the company in times like these.

“Jeff Hardy is responsible for his own personal actions.”

Therefore, it appears that WWE isn’t going to fine Jeff Hardy or take any action. Hardy will just have to figure out this situation on his own.

Hopefully, he will be able to clear things up appropriately as he continues to rehab his knee.