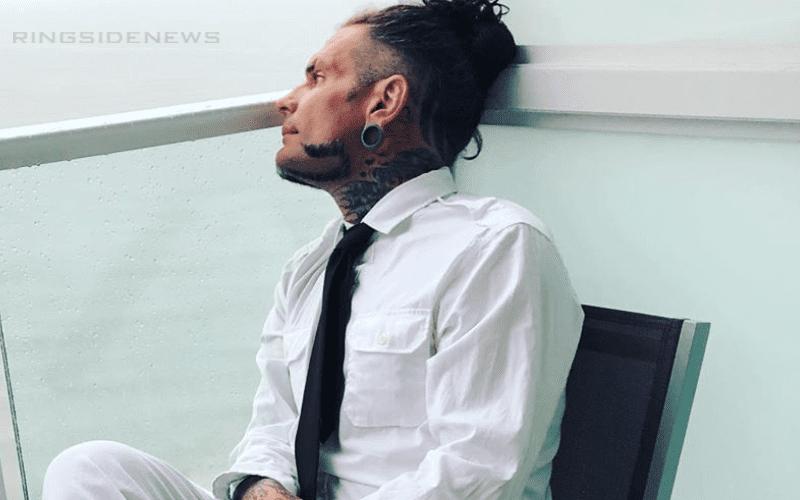 Jeff Hardy was arrested yesterday for public drunkenness and that was not a story we ever wanted to see pop up again. However, that is what happens and there is a mugshot to prove it.

Hardy posted a picture of himself the following day chilling on a balcony. However, it was the caption that really caught our attention as he said:

The comments that he received were trolling to say the least. However, it’s probably nothing that Jeff Hardy hasn’t heard before. In fact, he’s probably heard worse out of the mouths of his coworkers on television because his history with drugs and alcohol has been heavily documented in the past.

Hopefully, this was an isolated incident and he isn’t going down any slippery slot as he prepares for his in-ring return.