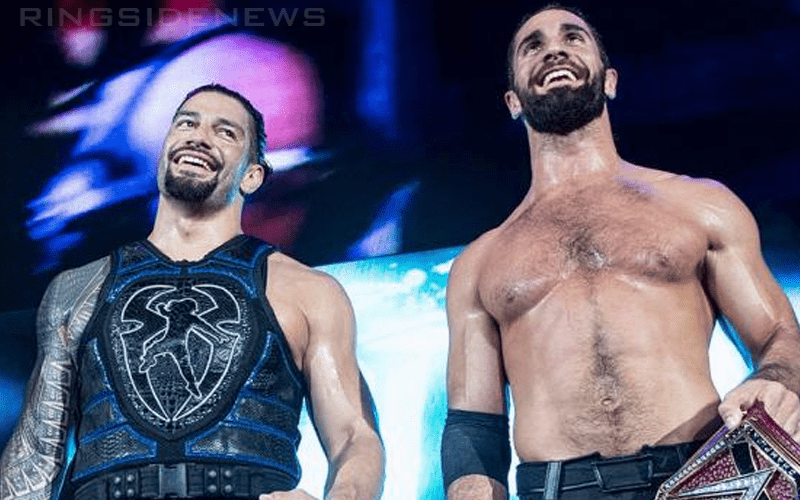 WWE and AEW are officially at war and All Elite Wrestling’s television show hasn’t even debuted on TNT yet. If you thought that WWE was going to let AEW gain any more momentum without a fight then you might be mistaken.

Brad Shepard reports that the WWE locker room is going to have to make some changes to their social media activity. Because far too many Superstars are liking AEW tweets, following AEW stars, and commenting about AEW events even if they don’t say “AEW.” Therefore, the company is going to start cracking down on things.

It was said that Superstars might underestimate Vince McMahon’s ability to be “petty as f*ck” and that might be an understatement. To assist with these changes backstage it is also reported that Seth Rollins and Roman Reigns are leading the charge.

Seth Rollins and Roman Reigns are already planning to lead the charge.

In the past whenever a Superstar was asked about AEW they just talked about how good competition is. Now Roman Reigns is saying that AEW is no competition for WWE as he laughs in the pissant t-shirt company’s face. Seth Rollins also did a pretty good job standing up for WWE recently on Twitter where he started a little battle with Will Ospreay. Rollins also threw Jon Moxley under the bus pretty badly when he said that Dean Ambrose took his ball and went home.

Things might get really interesting as time progresses. Because WWE has a lot of money, power, influence, and time on television at their disposal. After all, this is now officially a war.