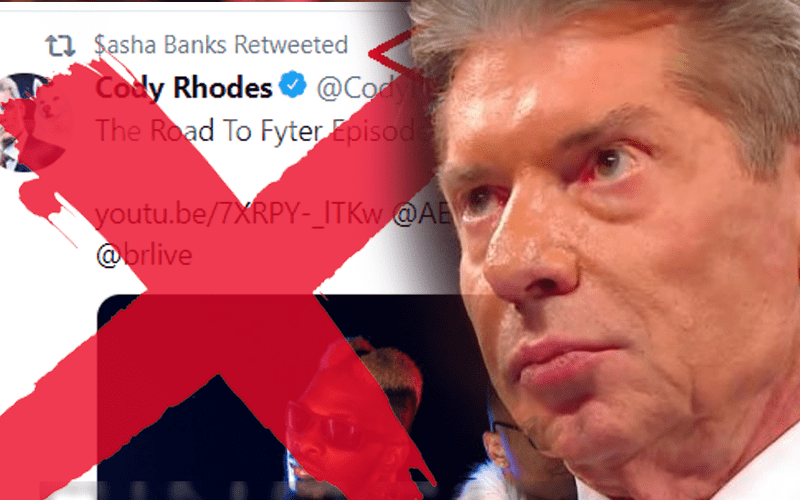 WWE has a very real war starting with AEW. Things are about to get really tricky sooner than later because they’ve already started firing shots at The Elite.

Superstars have generally been free to like tweets that they want to on social media, but that’s about to change. Brad Shepard reports that WWE is going to start cracking down on any social media activity that WWE Superstars are engaging in with AEW.

In speaking to a high level source in #WWE, I was told the so-called “war” coming this fall is going to get very real, very fast for the talent – all of the liking #AEW tweets, following them, sharing their stuff and being all buddy-buddy won’t be tolerated much longer

If WWE Superstars didn’t think that the company noticed — they do, especially when it makes headlines. Yes, Sasha Banks has made a bit of a habit about doing this, but she’s not the only one.

Let’s just see if WWE Superstars start to quietly unfollow AEW and their stars and how long it takes us to notice when they do. This might not be fair because some AEW stars might be legit friends with WWE Superstars in real life, but it’s war, pal!