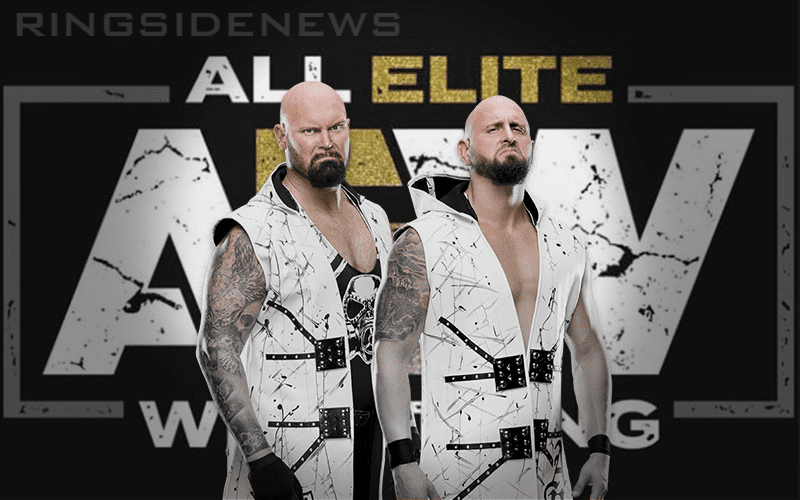 All Elite Wrestling have a lot of options about who they want to bring in. They are focusing on extremely talented people and some lesser-utilized WWE Superstars could be very interested about joining them.

Luke Gallows and Karl Anderson obviously have a friendship with The Elite. They were able to form a strong bond with many of the top players in AEW through their days in New Japan Pro Wrestling. Therefore, it is very easy to picture them eventually joining All Elite Wrestling.

Both Luke Gallows and Karl Anderson were interviewed by Chris Van Vliet recently. Gallows said that they are happy for the people involved in AEW. However, he didn’t let the cat out of the bag on whether they were interested in making the jump.

“We’re happy for our friends, we think those guys will do great. They’ve done great around the world. We wish we could have them here with us but we wish them the best in their new endeavor.”

Karl Anderson also added that he too is happy for everyone involved in All Elite Wrestling. They hope that it is a success because it will be the best thing for the professional wrestling industry.

“Happy for our friends, happy for the industry and I hope everybody succeeds.”

You never know if The Club could end up in AEW. Karl Anderson dropped a pretty big hint that he loves being able to spend time at home with his family which is something NJPW never let him do. However, AEW could very well offer him that opportunity just like WWE does.

All Elite Wrestling has the Super Bowl level talent needed to succeed. We will just have to wait and see what players they add to their roster from this point on. Either way, it is going to be a very interesting next few months in the professional wrestling world.