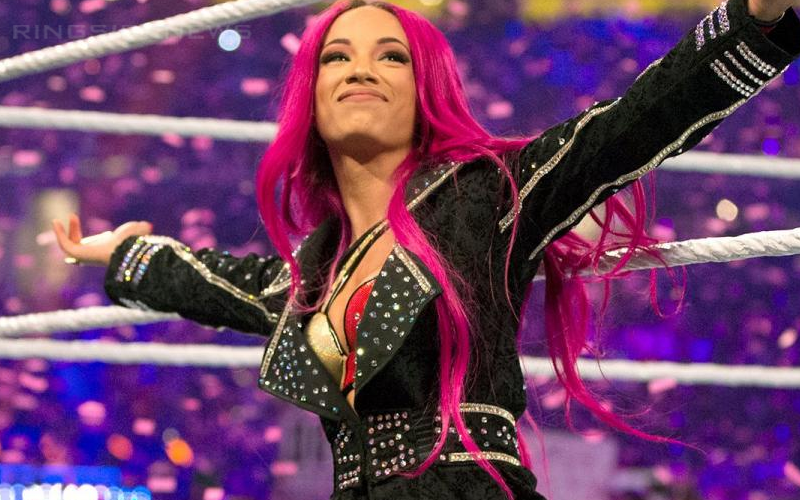 Sasha Banks hasn’t been seen on WWE television since she walked out of the company following WrestleMania. She has been quite busy during her time away from WWE and she also got a puppy who already has more Instagram followers than most people do. However, there could be a lot of money in it for her if she signs a new deal.

Brad Shepard reports that WWE offered Sasha Banks a multi-year contract worth seven figures this weekend. It’s unclear if the seven figure number is all of the years combine or per year. UPDATE: We now have a more detailed figure concerning Banks’ reported contract offer.

According to a source in #WWE, the company offered Sasha Banks a multi-year, seven-figure deal this weekend.

This is interesting because Banks just signed a new multi-year contract last year.

Banks didn’t walk out of WWE because of the money. She wanted to quit because she was frustrated with the company’s creative process and direction. So it’s unclear if more money will convince her to stay. It can’t hurt matters for The Boss as WWE is reportedly offering her a huge contract.