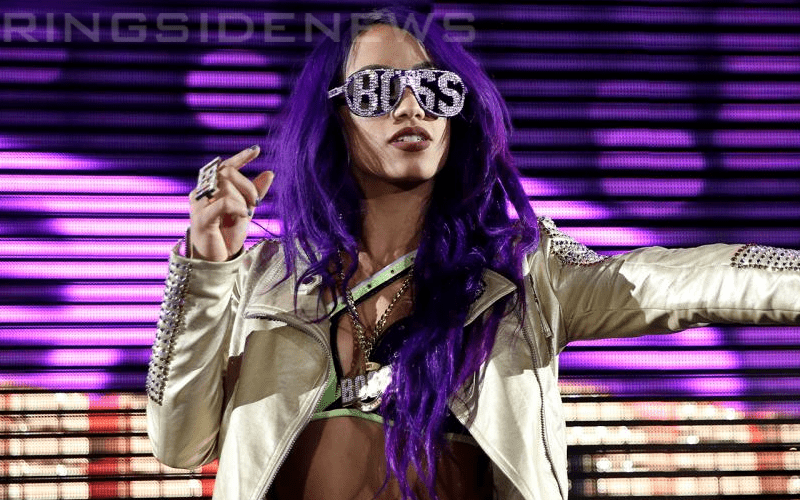 Sasha Banks told WWE that she wanted to quit the company during WrestleMania. She was not happy at all about how they were booking things all around so she wanted to go. However, it might not be that easy.

The Boss’ relationship with WWE has not improved after the weeks that the company gave her to figure things out. Therefore, it is said that the two sides are at in a stalemate.

This could mean that Banks will be riding out her contract at home since the company won’t release her. Then again, Vince McMahon also reportedly doesn’t like to give off the public perception that his Superstars want to leave. Since they are not “employees” and only “independent contractors,” that is not a good look.

John Oliver had a wonderful piece chastising WWE’s view of how they treat their Superstars as non-employees that you can check out here. It might be very relevant to this situation.

WrestleVotes reported in May last year that Sasha Banks signed a new deal with WWE with a promise to become a focal point. It was later clarified to be a multi-year contract. Therefore, the company has her around for a while.

WWE could also have the option of extending her contract even more for time missed as they did with Rey Mysterio and Daniel Bryan in the past. Of course, they extended those contracts because Superstars were injured, but they could do the same if someone walks out as they did with Neville.

We will have to wait and see what happens next, but if Sasha Banks decides to wait out the end of her WWE contract then she could be waiting for a very long time at home.