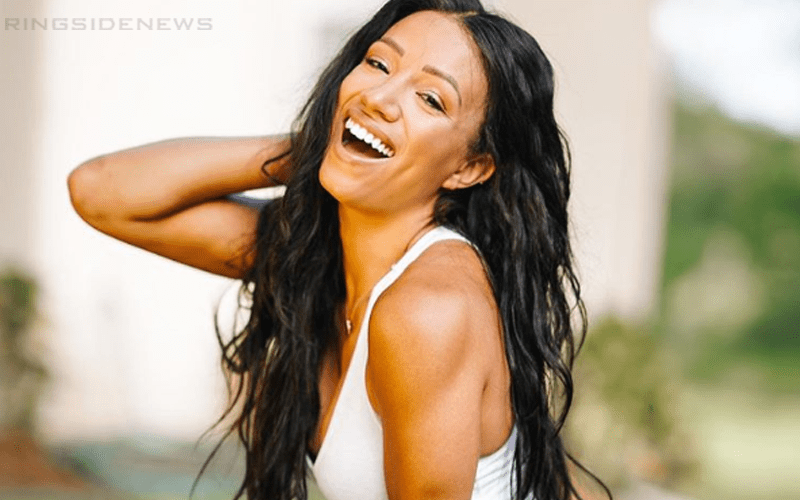 Sasha Banks reportedly told WWE that she wanted to quit at WrestleMania. She didn’t agree with their booking decision and saw a wasted opportunity to elevate the WWE Women’s Tag Team Titles.

Since her hiatus from WWE, Sasha Banks has kept busy. Not only has she dyed her hair black and then back to purple, but she has also enjoyed a couple tropical vacations.

Hanging out with her cousin Snoop Dogg might have just been an afternoon with the Doggfather, but she had plenty more time to hang out with her bestie Bayley as well. The two enjoyed goat yoga and attended a comedy festival.

Banks has also done some work on her social media profiles. She made a lot of people wonder what was going on when she switched her name from her WWE moniker to her legal name, but now it is back to saying “Sasha Banks.”

The Boss reportedly had a meeting with Vince McMahon two weeks ago in New York City and the thought is that she will be back.

It might be a great idea for her to return as well because WWE will only freeze her contract which will lock her into the deal she signed. Therefore, she might never get out of WWE if that is her goal unless she makes a return.

Banks enjoyed some time smashing things to relieve stress and she has also taken part in two separate shoots for the upcoming WWE 2k20 video game.

Hopefully, Sasha Banks will be able to return sooner than later, but until then all we can do is try to figure out what is going on through her many social media posts.