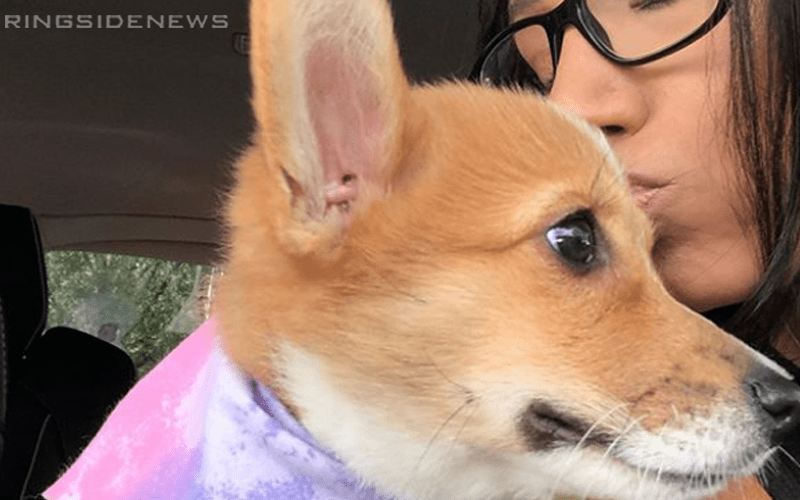 Sasha Banks is having some quality time at home since her WWE career seems to be a bit halted. The company wouldn’t let her out of her contract after she reportedly tried to quit after WrestleMania.

If you’d like to know everything that Sasha Banks has been up to since her WWE hiatus started you can click here for that extensive article that should catch everyone up.

Now Banks has another important life event as she is now a momma to a puppy. It looks like she got herself a little corgi and those are really fun dogs to have around.

So far Ryu Maivia Ton loves her aunt Bayley and has gotten accustomed to sleeping with his new blanket.

He’s still a puppy and full of energy, so hopefully, he will be able to keep The Boss company until she makes her WWE return.