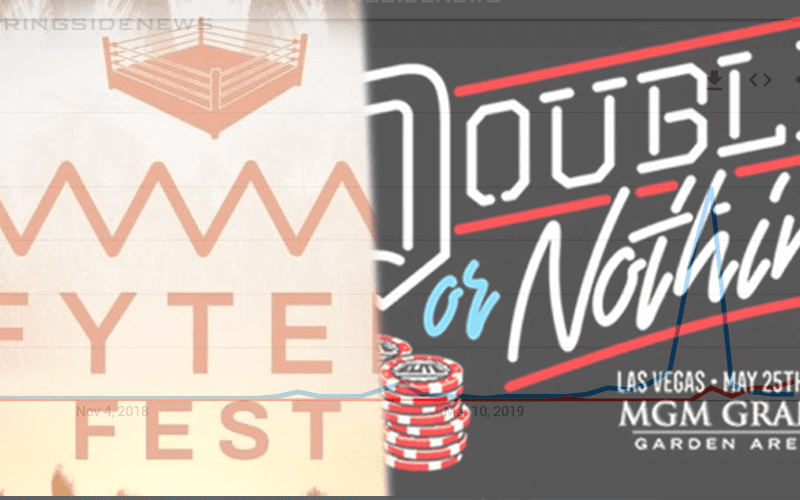 AEW Fyter Fest was a very exciting show, but it doesn’t seem like there was as much hype for AEW’s second event as there was for Double Or Nothing. This stands to reason, but the numbers are pretty dramatic.

Fyter Fest didn’t even crack the top 20 most searched terms for Google last night. However, they were #2 for Double Or Nothing.

All in all, Fyter Fest seems to have generated about 1/10 of the interest that Double Or Nothing was able to pull in according to this data. We will have to wait until the full streaming numbers come in to know exactly how many fans were watching the event on B/R Live and Fite, but there weren’t nearly as many fans searching for AEW’s second show as they did the first.

The fact that Fyter Fest was free might have kept some fans from Googling it because they might have been simply watching the show for free instead of trying to find out what happened.

It still might not be the best sign for AEW at all as interest definitely seemed to take a hit in the last month.