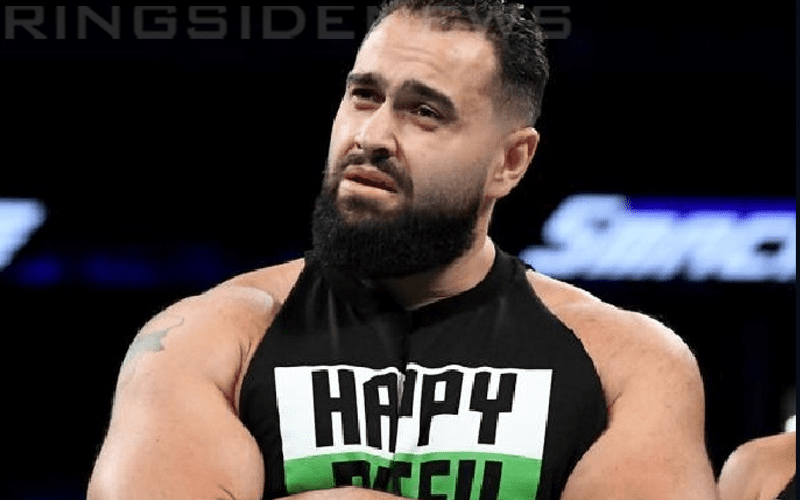 WWE threw everyone for a loop with the announcement that they have two new Executive Directors in the company. Rusev read this news and he had a hilarious suggestion for this new era in WWE.

Eric Bischoff will be taking over SmackDown Live and Paul Heyman will be in charge of RAW. Don’t get too excited because Vince McMahon will still really be in charge.

Rusev tweeted out a hilarious booking suggestion when he read this news. He obviously knows wrestling history and thought that the new Executive Directors of WWE’s main roster brands might appreciate this as well.

Wild card rules we get Hulk Hogan on Monday and Hollywood Hogan on Tuesday …… i love it!

With Paul Heyman and Eric Bischoff in control we could very well see some interesting angles that seem fresh and new. Hopefully, that is the case and everyone has a new regained interest.

If that means Hulk Hogan is brought back to the company so he can double up on his on-camera responsibilities then that might be quite alright with Rusev.

At this time Rusev is reportedly taking a hiatus and has no intentions on re-signing with the company. You never know if this new change in power might help sway some Superstars’ decisions, but it’s also important to remember that Vince McMahon still has the final say-so because it’s his company.