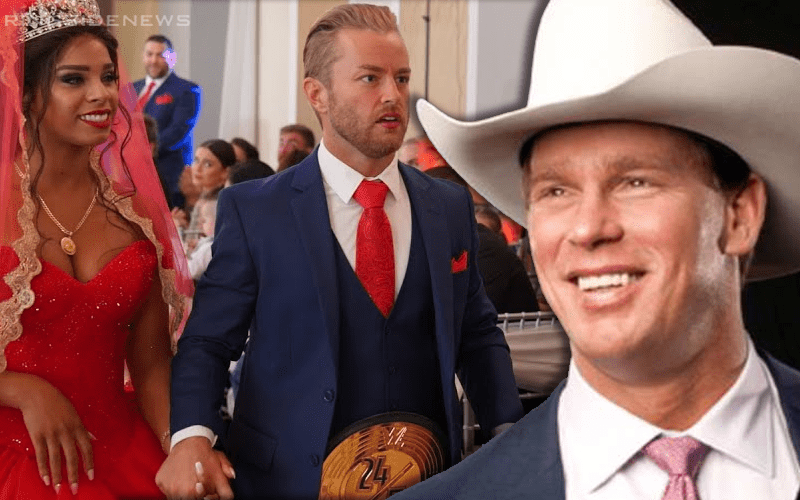 Drake Maverick had a very happy day until R-Truth crashed his wedding and became WWE 24/7 Champion once again.

This was met by a storm on the IWC because everyone loves R-Truth and he is reportedly keeping WWE’s social media platforms in business.

After this title loss and Maverick running off to chase R-Truth, Renee Michelle, Drake Maverick’s new wife said she already wants a divorce.

This entire situation led to JBL chiming in as he told Maverick not to worry because he’s likely to be married many more times so he can always get the 24/7 Title back.

Hey @WWEMaverick don’t worry. You will be married many more times and have plenty of chances to get it back.

This was a great little quip from Bradshaw, but maybe he misunderstood the rules of the WWE 24/7 Title because it can be defended at more times than just weddings. Either way, it was sound advice from JBL and won’t stop Drake Maverick from chasing that title.