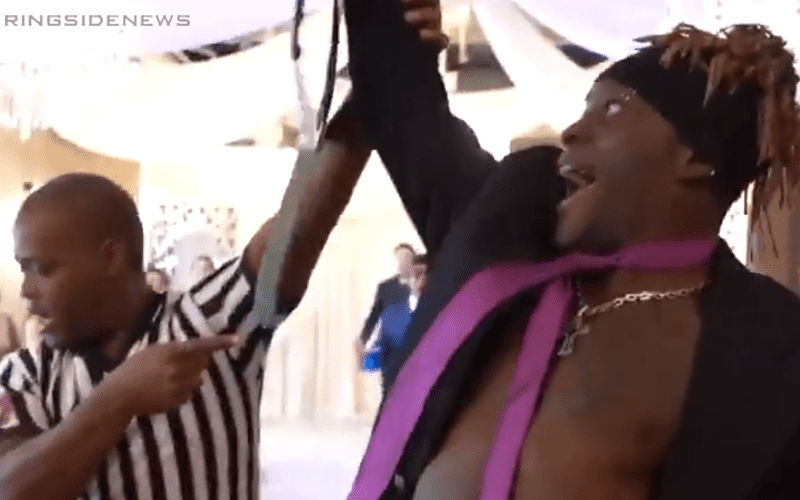 Drake Maverick married Mae Young Classic competitor Renee Michelle which was a very happy time, however, he didn’t get to take the WWE 24/7 Title on the honeymoon.

It’s not like we didn’t see this coming. The writing was on the wall that Maverick could be dropping his title during his wedding. R-Truth obviously had plans and once he realized that it wasn’t really Carmella who took his title it was on.

Some people thought that Maxel Hardy won the title from Drake Maverick, but that’s not what happened at all.

You can check out a video of the title change below. Drake Maverick didn’t even get up the aisle before Truth ran up and won the title.

Now it looks like R-Truth will keep running with the WWE 24/7 Title. Oh, and congratulations to Drake Maverick and Renee Michelle.