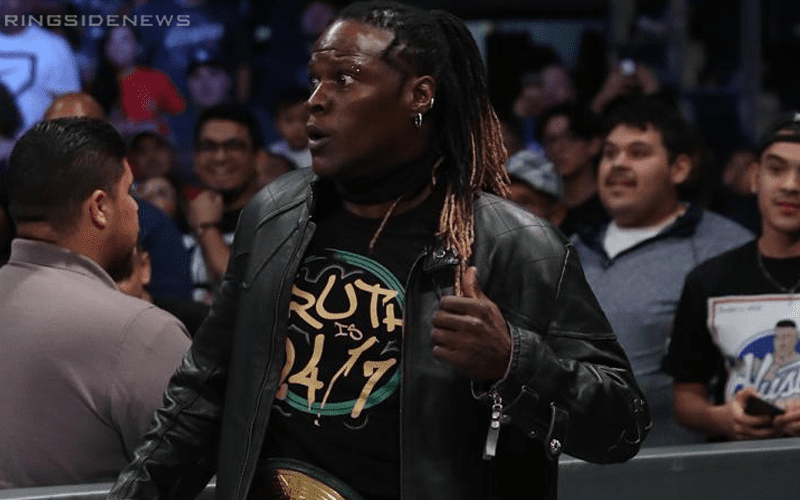 R-Truth and Carmella’s Dance Breaks were a viral sensation. They don’t have much time for dancing anymore because all they do is keep running, but R-Truth’s popularity hasn’t stopped rising either.

Brad Shepard noted on Twitter that his source in WWE reportedly told him that R-Truth’s popularity is definitely being noticed within the company. In fact, Ron Killings is being described as WWE’s biggest draw on all platforms at this point.

A source in #WWE described R-Truth to me as their biggest draw on all platforms, also noting he is singlehandedly carrying social media right now.

WWE’s social media presence is hard to ignore. However, R-Truth is definitely a focal point in a lot of viral videos.

Before WrestleMania, Becky Lynch’s online feuding with Ronda Rousey made a lot of headlines, but The Man’s battles with Lacey Evans haven’t generated near the interest. However as long as R-Truth keeps running it seems like WWE is going to continue using him as much as possible.