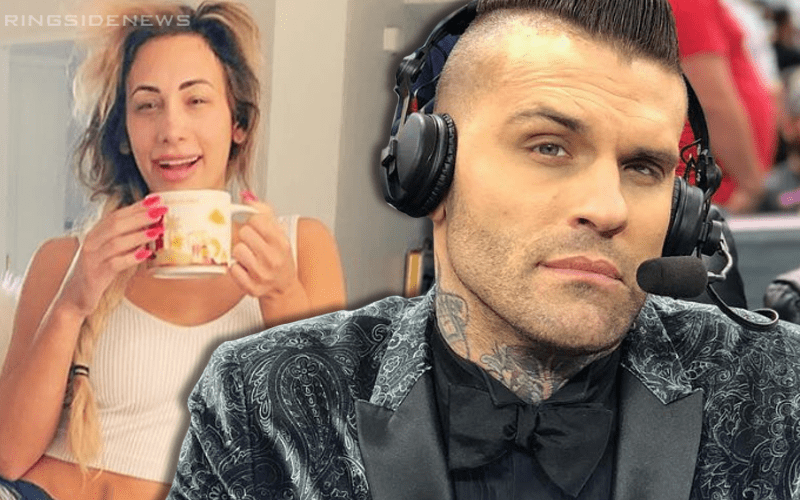 Carmella posted a picture of herself this morning with no makeup on and no filter. She also included a pretty funny caption and the picture has received some attention.

The former SmackDown Women’s Champion was trying to make a point that so much that’s on social media is fake. It’s only what people want others to see after it’s been glammed up and polished.

That’s the whole point, Jen. It’s important to show that social media is not real life. Sometimes we only show what we want people to see. Airbrush, editing, “no filter”. With this post, I wanted people to see what’s REAL. I’ll hook you up with a Sephora gift card though, babe.

Corey Graves replied back to this saying: “My favorite you.”

Carmella recently released her first public photo with Corey Graves. They are obviously having a great time together. Needless to say, the message Mella was sending was heard loud and clear.