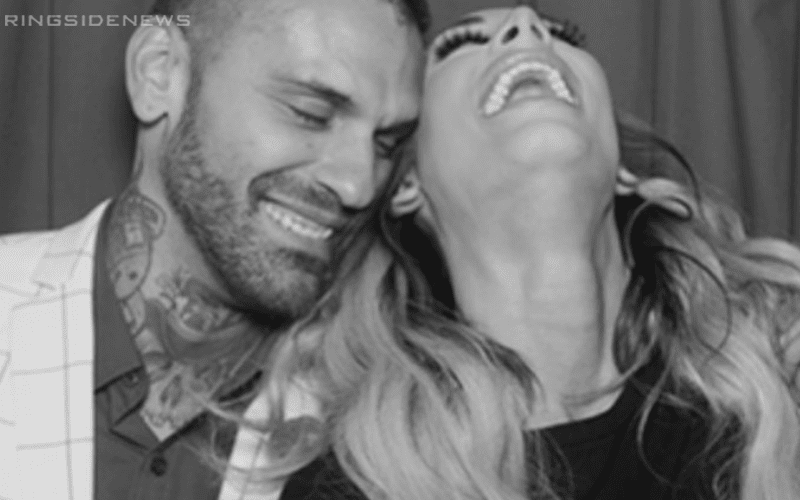 Carmella and Corey Graves have been dating for a little while, but they haven’t been the most public couple. This has now changed.

Graves was separated from his ex-wife and living in a different home when he started dating Mella. He’s been very private about his personal life which is understandable, but it led to some misconceptions especially when his wife threw out some pretty angry Instagram messages before she deleted her entire account.

Corey Graves might not give Carmella much love on commentary because he is a heel on SmackDown Live, but that’s apparently not the case in real life. She sent out the couple’s first public photo and it’s a very happy one to share along with the following caption:

The goal is to laugh forever with someone you take serious.

Corey Graves wasn’t kidding when he announced at Walemania that he was doing F-A-B-U-L-O-U-S.

Hopefully, we’ll get to see more from them together because they really do look good side-by-side.

Oh, and Carmella posted this too.