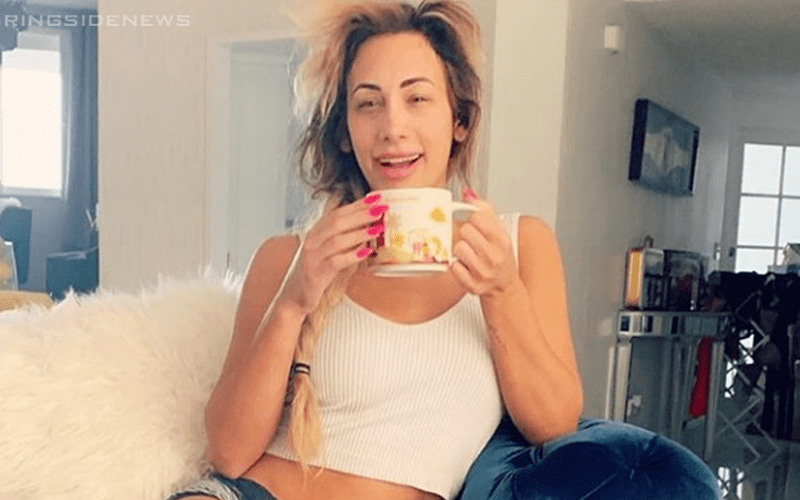 Carmella made headlines yesterday when she posted the first public picture of herself and Corey Graves as a couple. This was a pretty great photo, but then she followed it up the next morning with one that might be even better.

You never look your best when you wake up in the morning. However, Carmella doesn’t seem to mind her disheveled bedhead or lack of makeup, because that’s just how she is and she still looks great.

I woke up like this. No really.. I know it’s hard to believe. Never looked better, hunnnyyyy.

Some people wouldn’t dare post a picture like this, but then again, most girls don’t have the courage that Carmella does. You don’t have to believe it, but now you have photographic evidence that she just wakes up looking fabulous.