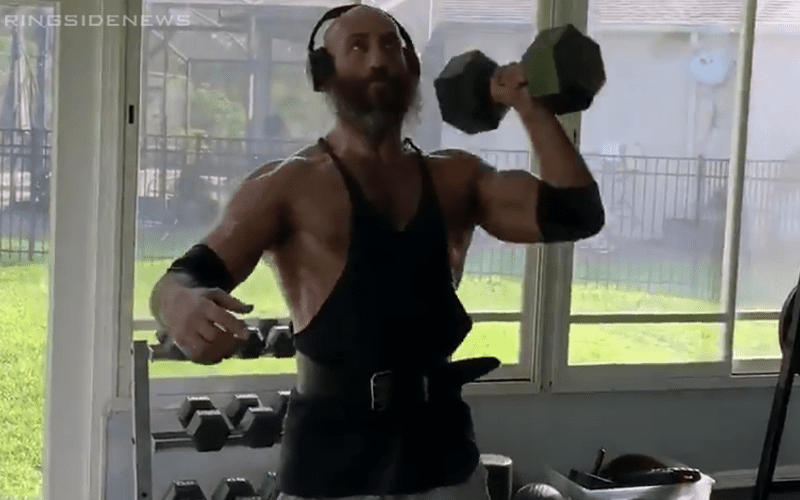 Tommaso Ciampa was taken out of action right after his main roster call-up. This was a terrible time for a neck surgery, but it was something that they knew about in NXT. Possibly, if Vince McMahon would have asked Triple H about this an issue could have been avoided.

Ciampa got his neck surgery and announced during the NXT TakeOver: XXV kickoff show that he’s now 100% cleared for non-contact activity. He is obviously taking advantage of that as well.

The former NXT Champion posted a video of himself in the gym and he’s doing some real work. He might not be taking bumps or lifting a ton, but that process to recover from a neck surgery can take a bit more time. It appears that he is well on his way back to the ring at this rate.

The fact that Ciampa used the hashtag “BayBay” is also an obvious sign that he hasn’t lost focus either. He wants Goldy back and Adam Cole is currently holding that NXT Title.

We will have to wait and see when Tommaso Ciampa is able to get back to the ring, but it looks like he is on the right track.