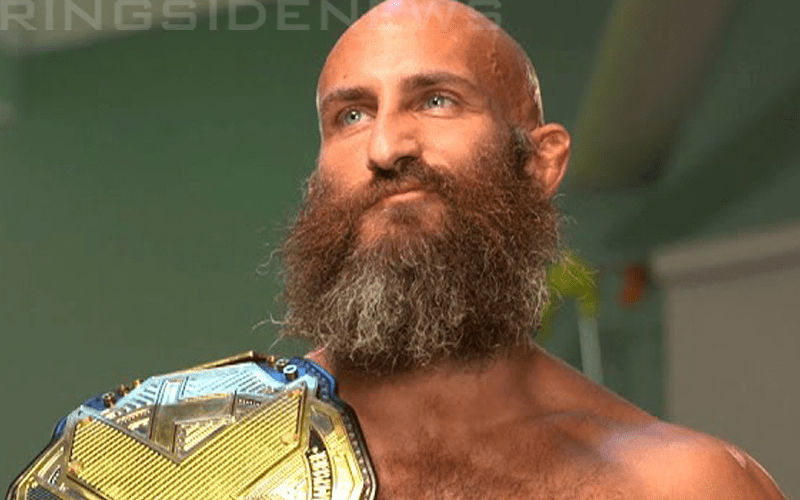 Tommaso Ciampa is out with an injured neck that required neck surgery. However, NXT did not plan for this to happen so soon. They also didn’t expect Ciampa to get called up to the main roster and forced to wrestle stiff matches in the meantime.

Dave Meltzer said on Wrestling Observer Radio that Tommaso Ciampa will be out of action for a year due to this latest setback. He had surgery right away which was not WWE’s initial plan. However, it appears that WWE didn’t want to do it that soon.

“So the reason he had the surgery right way is he was told — the idea was — because he had known that he needed the surgery and that’s why he hadn’t hardly been doing any house shows. The idea was that he was gonna do the 2 out of 3 falls match with Gargano you know in Brooklyn and they were going to do the surgery right after. So they were probably going to ‘injure his neck’ in that match.”

Meltzer said the reason why Tommaso Ciampa was brought up to WWE’s main roster with a known neck injury was because “the right hand doesn’t know what the left is doing.” It was also questioned why they brought Ciampa up as a babyface when he’s the best heel in the business too.

Triple H was not clued in about Tommaso Ciampa’s main roster call-up until it was too late. Therefore, he could have probably clued them in on this if he was given the chance. However, it just didn’t happen like that at all. Now Ciampa is out for a year and his NXT TakeOver: New York match had to be changed around.