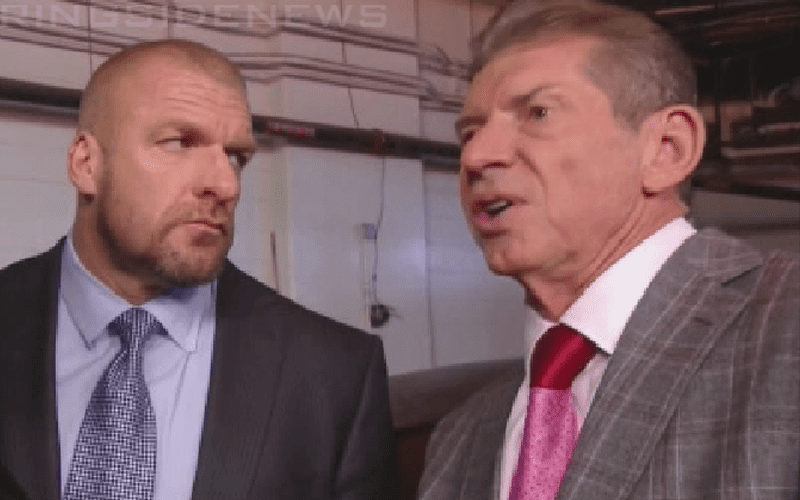 Triple H had to use some quick thinking to make sure that Ricochet’s WWE RAW debut went off well. After all, Vince McMahon had much different plans. That won’t keep McMahon from doing what he wants to anyway.

Dave Meltzer discussed the reason for this latest batch of NXT call-ups to the WWE main roster. Apparently, the catalyst for a lot of this is The Undertaker’s involvement with Starrcast.

As Meltzer continued speaking on Wrestling Observer Radio, he explained why Vince McMahon made these decisions and apparently, there was a “communication issue” with Triple H in the process.

“Triple H didn’t know. There was a communication thing there. So he just wanted those four guys. I’m not sure whether he picked them or whether he was told that these are the guys.”

Aleister Black has been discussed for roster call-up before, but the other three names that were brought up to the main roster were total surprises. It is said that this decision was made late last week as well.

This is certainly interesting because all four new main roster call-ups are slated to be heavily featured at the next NXT TakeOver event.