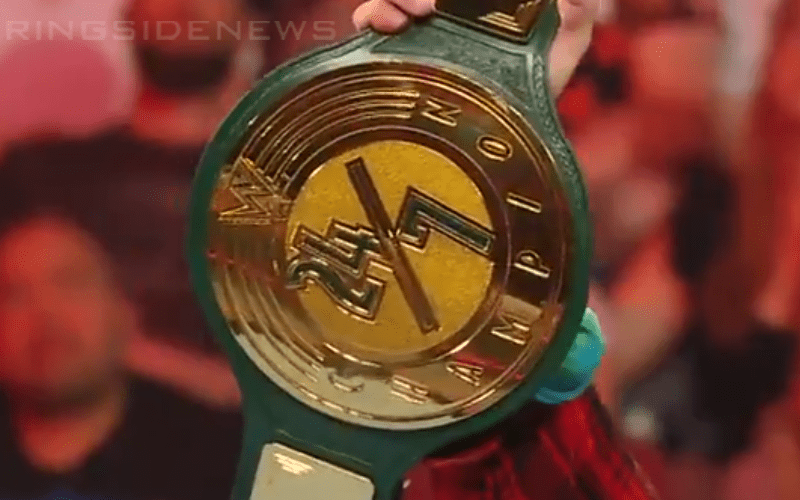 WWE introduced a 24/7 Title and the Internet Wrestling Community didn’t know how to act at first. It wasn’t the best belt design, but what followed has been extremely entertaining.

R-Truth and Drake Maverick have especially excelled with this new title’s introduction. Truth is the champion and playing the part of a Road Runner while Maverick is like Wile E. Coyote chasing after him. It has been a great success so far.

Fightful Select reports that Superstars are “pretty optimistic” concerning the current WWE 24/7 Title segments. After all, each week they are becoming increasingly more entertaining and sometimes the short segments for the 24/7 Title are better than what actually airs on television.

It is reported that the title is considered a “runaway success” when it comes to digital platforms. Part of that success very well may be the fact that WWE isn’t being so “hands on” when it comes to the new title.

WWE is said to not be as strict or hands on regarding the scripting in these, which is what a lot of the people within the company we spoke to attributed to the success of the segments.

Only time will tell what WWE has in store for this new title. At first it was thought (or hoped) that the 24/7 Title would simply fade away. However, it seems that WWE might need to keep running with it as R-Truth and a host of others have continued to put a lot of creativity into this new title.