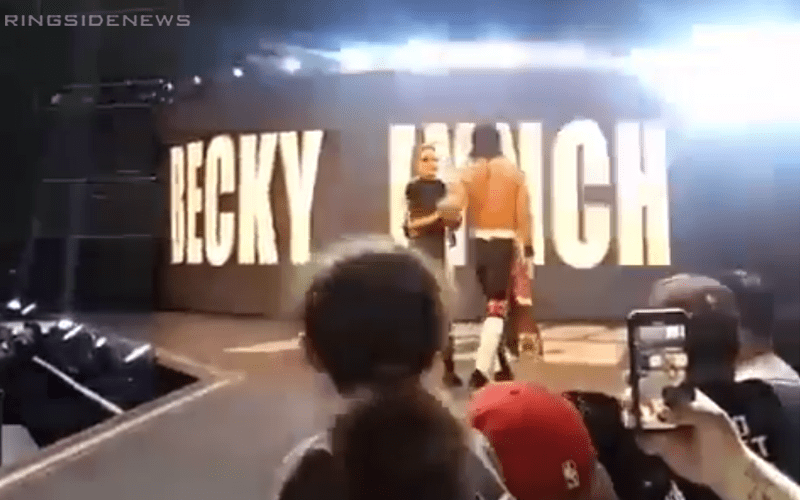 Becky Lynch and Seth Rollins are dating. This is something that WWE has been crowbarring into the commentary for weeks now. It also makes us wonder why they are making the WWE Universe so aware of this relationship.

After RAW was off the air last night, Becky Lynch came out to wrestle Lacey Evans in a street fight. The Man won the dark match, but before she took on The Lady Of WWE, she had a moment with her man, The Architect.

Rollins and Lynch had a moment after RAW a couple of weeks ago and this week it happened again. The two met on the ramp and had a short conversation before touching each other’s hands and going their separate directions.

You can check out a short video below of their interaction. The fans certainly seemed to be into seeing this WWE Power Couple have a little moment in LA.