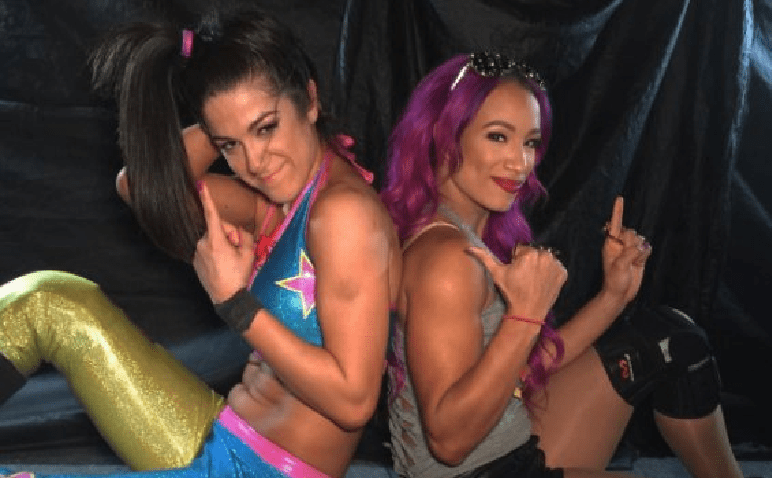 Sasha Banks hasn’t been seen on WWE television since WrestleMania. She told the company that she wanted to quit, but they didn’t let her. So she took a vacation instead to think things over.

Banks hasn’t commented much on social media except for liking an occasional comment she agrees with. So her status with WWE seems to still be up in the air until we hear an official update.

Comedian Brad Williams recently posted a group picture at the Moontower Comedy Festival outside of the Alternative Comedy Room. This is where The Boss n Huge Connection were also hanging out at the time.

The Stairway is the most popular Alternative Comedy Room at the @MoontowerComedyFestival. I love every person in this photo and can’t believe I get to call them friends. #SallWasHighAsF*ck

We will have to wait and see if Banks and Bayley are reunited on WWE television, but at least they got some friend-time in at the Moontower Comedy Festival.

Banks and WWE’s relationship is reportedly at a stalemate right now so her position with WWE might be a little rocky at the moment. However, it looks like The Boss and The Hugger were all smiles last night as they got to hand out with some very funny people.