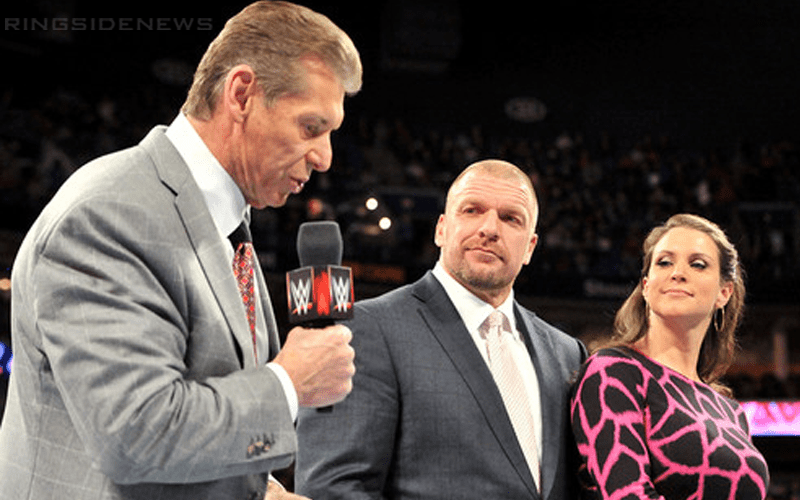 WWE is a family business ran by one man and his children, particularly his daughter and son-in-law. However, Vince McMahon, Stephanie McMahon, and Triple H were not around WWE’s television shows this week.

The Wrestling Observer Newsletter reports that all of the McMahons were absent from the California television tapings this week. Shane McMahon was there, but of course, he has no creative say-so in the company.

Since Vince McMahon wasn’t around then neither was Kevin Dunn as it was said “Kevin Dunn isn’t coming to television when Vince isn’t there.” That is very interesting to note.

Triple H decided to go to Florida and prepare for NXT’s television tapings. They had a set of tapings last night and you can check out the complete spoilers here. They will also be holding another set of tapings tonight and we will also have complete coverage here at Ringside News.

Stephanie McMahon “only comes when she’s needed which hasn’t been the case as of late.” Therefore, the Billion-Dollar Princess was also absent from television this week.

It was noted that “Vince had some corporate items that he felt he needed to take care of.” So he didn’t make the trip to California. McMahon historically does not prefer shows on the West Coast, but apparently, he had other business to attend to.

It is said that Ed Koskey was “running around like crazy at RAW kind of in control.” So they had things taken care of to a certain extent. Of course, the ratings would beg to differ.