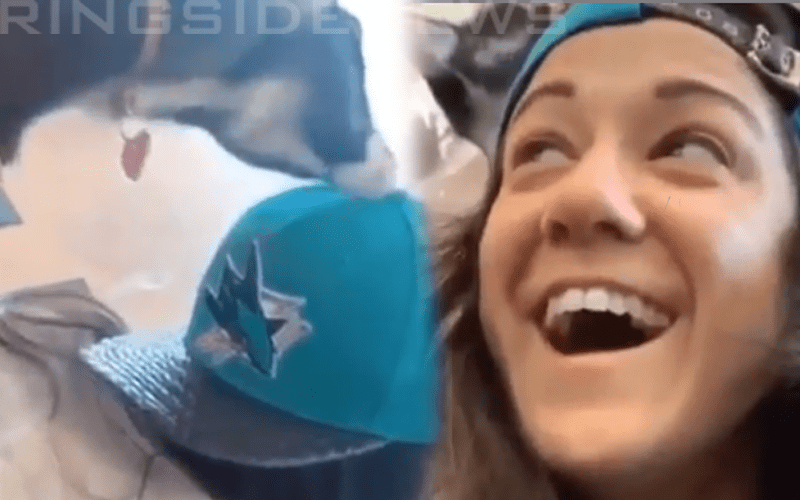 Bayley and Sasha Banks are still very good friends even though they might be on separate WWE brands now. That doesn’t mean that they aren’t hanging out just like always.

The former WWE Women’s Tag Team Champions were recently spotted at a comedy festival with some very funny people. Next it looks like they took part in another activity with plenty of unintended comedy involved. Because Bayley and Sasha Banks joined a goat yoga class.

Perhaps they were trying to become GOATS by doing yoga with goats, either way, one curious barnyard friend tried to eat the button off of Bayley’s San Jose Sharks hat while standing on her back.

It looks like Sasha Banks was doing all the filming, but her voice can be clearly heard in the video. A couple of images and videos from this class also appeared on The Boss’ Instagram story.

You can check out Ringside News’ official Instagram page to watch Bayley stretch with some goats while everyone obviously had a great time in the process.