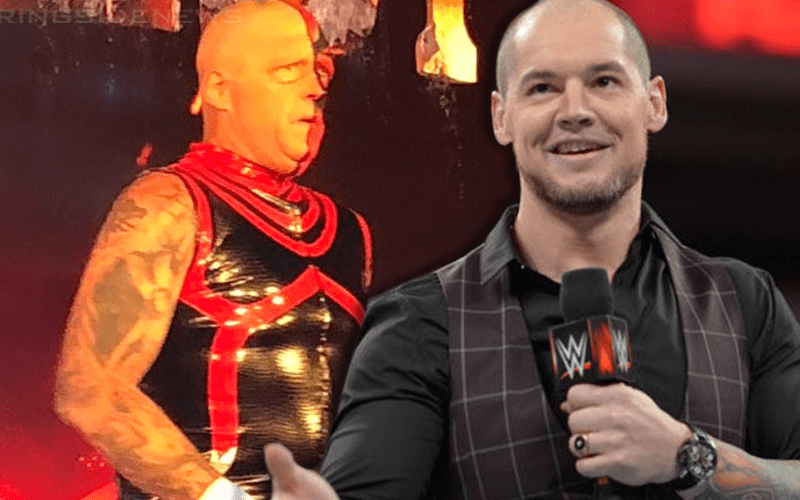 AEW has a lot of great people on their roster, but as their debut on TNT draws closer they could always have another big surprise up their sleeves. WWE is still the biggest professional wrestling company on the planet, but AEW is going to give them a big run for their money.

Some fans have pointed a finger at Superstars like Baron Corbin and Randy Orton for WWE’s downfall. The company keeps pushing Corbin despite cries from fans for Vince McMahon to make another decision. However, as he spoke during a Starrcast Q&A, Dustin Rhodes is actually a fan of The Viper and the former Raw General Manager.

Dustin Rhodes admitted that he likes Baron Corbin’s style although some people think he’s boring. He also commented that people think Randy Orton is boring too, but that is not the case at all.

“I love Baron, I love Baron and I actually like his style. A lot of people think he’s stale and boring.”

“A lot of people want [fast-paced action] when you get in those main event caliber matches you don’t have to go fast, fast, fast. You savor everything that the crowd is doing you play off of them. You do your stuff here because some of the stuff you planned in the back might not work in a different town because they’re just not buying it. So you gotta switch sh*t on the fly and if you’re a good worker and you know how to do that and you’re in that spotlight it makes for magic and Randy is very good at what he does.”

Randy Orton made headlines a couple of months ago when he said that he would be willing to talk to AEW. This is only business for Orton so he can see what they might be able to offer him, but with AEW’s recent surge in popularity you never know if those talks could get serious.

The biggest question is how AEW fans would react to putting someone like Baron Corbin in The Elite’s ring. Odds are they might not react as favorably to Corbin since he dragged AEW Double Or Nothing even before the show was on the air.