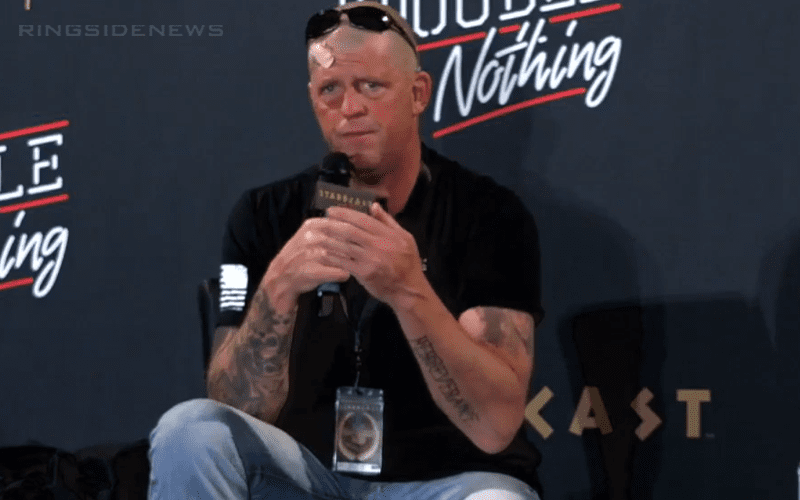 Dustin Rhodes made a big statement at AEW Double Or Nothing as he went to war with his brother Cody. That match turned a lot of heads toward their direction, but it might have helped because WWE — AEW’s alternative — has grown stale.

While at Starrcast, the former Goldust spoke about how All Elite Wrestling will be a good thing for the entire business. Because it will cause WWE to become better after their product has grown to be predictable when it comes to the overall feel of their storylines.

“I’ll watch Raw because I’ve been a part of it for so long and I’ll watch SmackDown and the last year or so man it’s even being there and at home and watching it… it’s hard to stomach for me personally. It’s hard to watch. It’s hard to watch certain spots. Like, I love Ron Killings and I think the things he does is very entertaining and Seth Rollins can work his ass off, but it’s like the rest of it’s filler and they rush through sh*t and smother people with it.”

“I want substance, I want storylines, I want wrestling. Good long matches, not three-minute matches and I understand you got a thousand freaking talent, but put the ones in there that can f*cking work. It doesn’t matter your age.”

The shots Dustin Rhodes took at WWE’s product might be a very popular opinion nowadays. With AEW coming up fast it seems that opinion might be a majority very soon.

We will have to wait and see if WWE decides to do anything to combat AEW’s big shots at Double Or Nothing. However, if history has told us anything we might not expect much of a change as long as Vince McMahon is the only final deciding factor backstage in WWE.