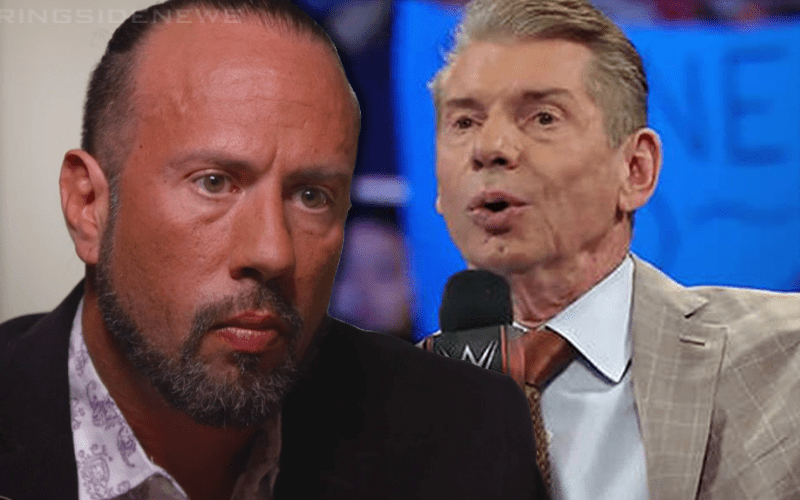 WWE is a global superpower in pro wrestling which Vince McMahon controls. However, some WWE fans are gravitating toward NXT in droves due to the unique look and feel of the program.

One thing that helps NXT deliver is the fact that they need to tape a month’s worth of television shows in a single night. This provides them with a much easier platform to present a consistent storyline. However, WWE can always throw a monkey wrench in Triple H’s plans by calling up any member of the NXT roster Vince McMahon decides that he wants leaving NXT to do some major reworking.

While at Starrcast, X-Pac briefly discussed WWE’s lack of storylines and some issues with the product. He stated that it is “obvious” that Vince McMahon controls the main roster show while Triple H is in control of developmental.

“I think NXT does a good job with it. Without a doubt, [NXT] is [Triple H’s] and he controls that. Vince controls the main roster stuff and it’s obvious.”

He wants to see wrestling be presented more like wrestling which is something that a lot of fans agree with. Then both X-Pac and Mark Madden spoke about Triple H’s ideas for the business and how much he knows while calling him a “brilliant wrestling mind” with the ability to merge new and old school together.

The biggest issue seems to be that Vince McMahon, although he is reportedly listening to more people backstage than ever, still remains the final deciding factor on what happens during WWE’s main roster television shows.