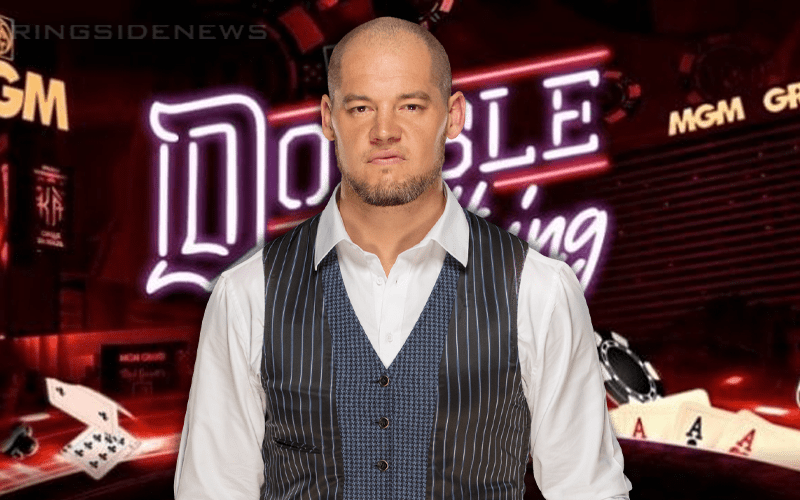 Baron Corbin is a top name in WWE despite desperate cries from fans that Vince McMahon change his mind. AEW is also not going away right now no matter how much Vince McMahon might like it to.

The former RAW GM is not going anywhere and he is being positioned for a main event spot this summer. All of this success has helped him buy some very expensive toys thanks to his haters.

AEW Double Or Nothing is going down tonight live on pay-per-view. If you’re not able to catch the event we’ll have complete coverage right here at Ringside News. However, it’s unlikely that The Lone Wolf will be paying any attention to AEW.

Baron Corbin posted an Instagram photo of himself smoking on a cigar. It’s doubtful that Corbin was puffing on an American Rebel cigar because when one fan asked Baron Corbin if he was watching Double Or Nothing his reply was: “Nope, I have to wash my hair.”

The joke there is that Baron Corbin doesn’t have long hair anymore. In fact, he doesn’t have any hair. Therefore, it sounds like he is certainly sending a message that he’s not interested in AEW one little bit.

Thanks to Cassidy Haynes at Bodyslam.net for passing this along.