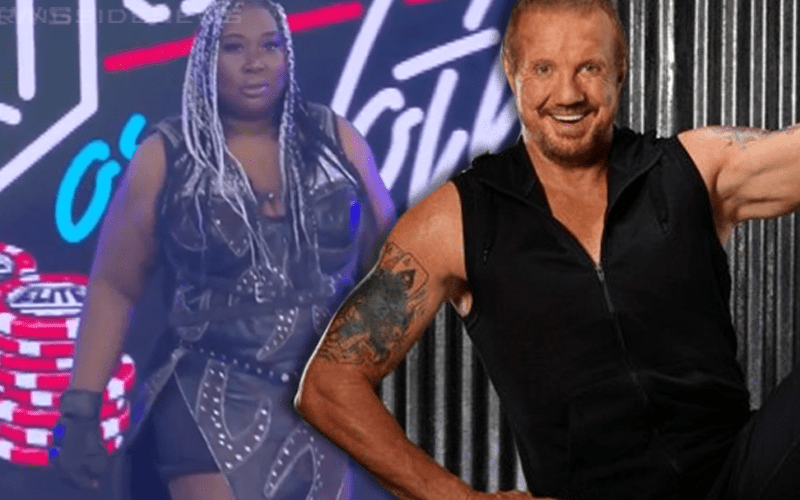 AEW Double Or Nothing is an event that fans are still recovering from as their adrenaline and hope for the future of the professional wrestling business surged. There were a lot of notable names backstage including WWE Hall Of Famer Diamond Dallas Page who made sure that people were properly motivated before they hit the curtain.

Awesome Kong stopped by Lita’s Q&A during Starrcast as a big surprise. She had already shocked AEW fans on the previous night by turning the women’s triple threat match into a fatal four-way, but that might not have gone over as well without some backstage encouragement from DDP.

“The night before, because it’s been like three years since I you know had braids and had to wear this costume and the night before I was in bed and I was trying to summon Kong. I was like ‘are you gonna be there?’ and it was like that scene in the Avengers where Hulk was like ‘NO!’ and I was like ‘please! I need you there!'”

Awesome Kong provided a great surprise for the Double Or Nothing crowd and it was just the first big debut of the night. Because Jon Moxley was planning on setting the wrestling world on fire to close out the night.

It’s unclear how much involvement Awesome Kong will have with AEW. The new wrestling company is almost certain to allow her to work on Netflix’s GLOW if it gets picked up for a fourth season. In the meantime, she is just very happy her previous persona was able to show up at Double Or Nothing after remaining dormant for so long.