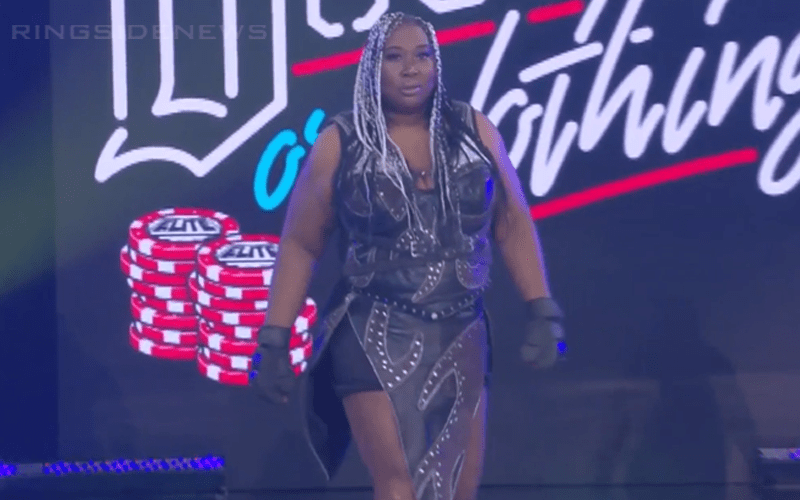 AEW Double Or Nothing included a few big surprises, but the first one of the night was when Awesome Kong turned the women’s triple treat into a fatal four-way. They had to really keep things under wraps too.

If you want to check out our entire AEW Double Or Nothing results you can click here.

Awesome Kong dropped by Lita’s Q&A during Starrcast where she spoke about her big Double Or Nothing surprise. She had to keep this secret for months because it was very hard, however, making that trip to Las Vegas while wearing a disguise was well worth it.

“They called me and it was months ago and I had to keep it a secret and I keep in touch with people in wrestling and we would talk and they would say stuff and I was like [smiling] and I would have to nod and keep the secret because I think only like four people in the universe knew.”

“I had to come to Vegas incognito with glasses — it was really weird — it was, but it was fun all the intrigue.”

Awesome Kong provided a great surprise for fans early on in the night at Double Or Nothing to match the huge shocking ending of the event.

AEW will continue and it looks like Awesome Kong will be a part of what they are planning down the line as she commented about making her schedule with AEW and GLOW work if the Netflix show gets picked up for a fourth season.