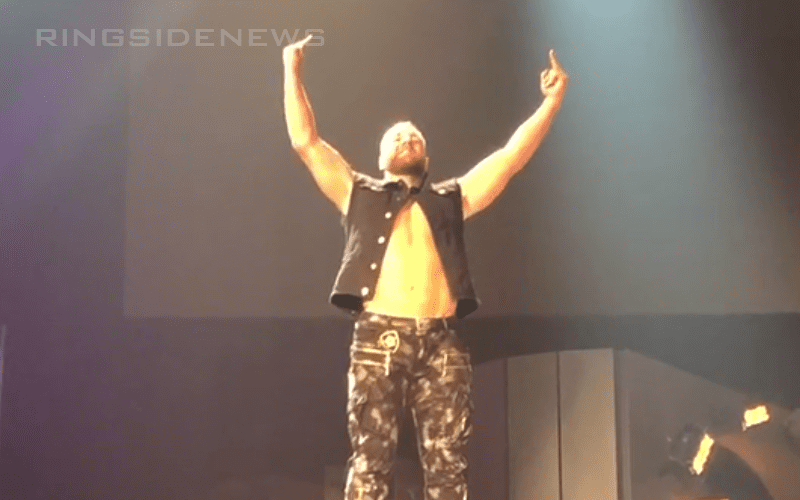 As seen at the end of Double or Nothing event on Saturday, Jon Moxley made his AEW debut and attacked Chris Jericho, the referee and Kenny Omega.

Below is off-air footage of Moxley flipping the crowd off shortly after his attack on Omega. There is also footage of him leaving, which you can check out below.