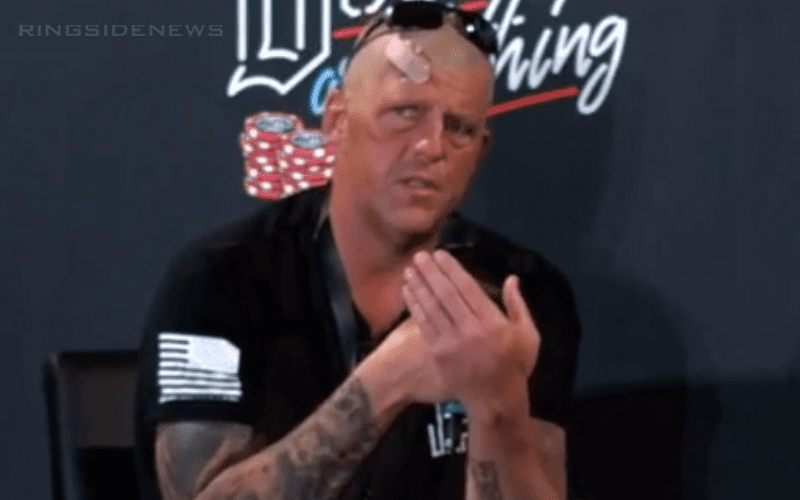 Dustin Rhodes vs Cody Rhodes was an absolute bloody war that brought many to tears during the match’s emotional climax. It turns out that WWE was definitely paying attention to what AEW was able to do at Double Or Nothing as well.

If you would like to read our full results from AEW Double Or Nothing you can click here.

Although Dustin Rhodes is unsure whether WWE’s top brass watched All Elite Wrestling’s first event, there were plenty of people who texted him and expressed relief that there is an option outside the WWE prison.

“I think the internal reaction was ‘wow, there’s a life outside of prison.’ I would say about thirty of the WWE including employees texted me last night and telling me ‘ oh my god awesome, incredible I love the show’ so they watched the show.”

“Everybody watched it and the people who say they don’t watch it might not watch it — most of them are full of sh*t if you’re a wrestling fan and I don’t know about the boss. I don’t know if Hunter or Vince or Stephanie watched the stuff, but some of the office personnel did and it makes me feel good that something else was in the spotlight that shows there is life out of WWE that is shining and it was magical last night.”

AEW Double Or Nothing offered a lot of different aspects to represent the product that they are striving to bring to a global stage. It seems like the early reviews are pretty incredible so far. At least people in WWE seemed to enjoy the new hope that AEW is seemingly bringing to the table.