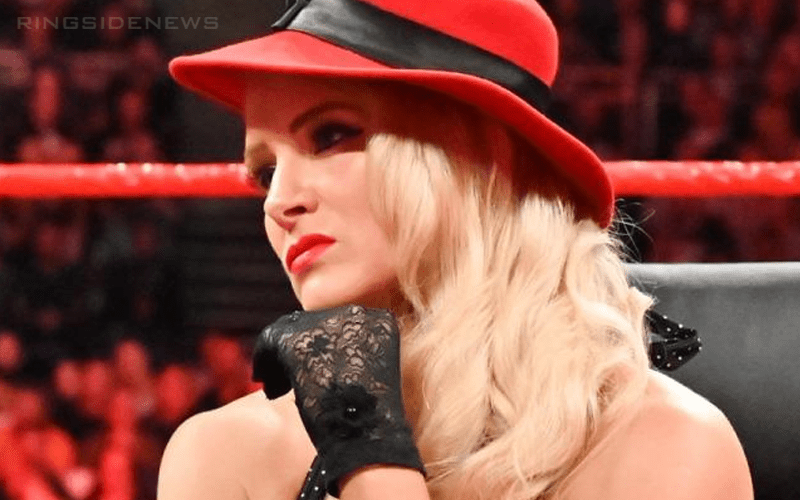 Lacey Evans is a top heel in the women’s division in WWE. She is making a pretty big name for herself, however, not everyone has received the memo just yet about who she is.

Evans looks primed to be a thorn in Becky Lynch’s side for a little while longer as she brags about helping The Man lose her SmackDown Women’s Title. It is Evans’ goal that she make that red title hers as well.

The Lady of WWE was out to eat recently when she started cutting a promo at the table. Then she asked her waiter if he knew who she was. Obviously, this man is a nasty because he had no idea who she is.

Needless to say, Evans was rather rude to this waiter and she sent him along. She didn’t seem very happy about the fact that this interaction was recorded either, but she posted it to social media anyway.